Japanese Protest Fr. John Zuhlsdorf's Visit To Japan! THIS IS JAPAN! THIS IS NOT A WHITE COUNTRY! 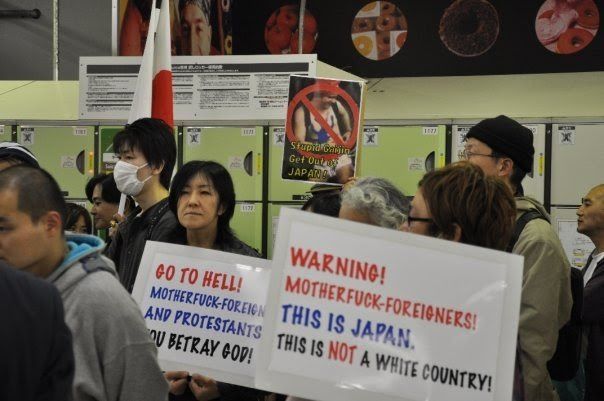 My View For Awhile: Off I go again, after this short trip to the land of the rising sun. The system works well here: bus service runs to the airport regularly (though I am informed that it will be late to the hotel today). Hopefully this won’t cause problems on the airport end. Read More>>>>>

What did Fr Z do to the Japs to turn them into such racists? Notice the one sign held by the woman - I think it is a reference to Fr. Z's conversion from Lutheranism to the Catholic Faith. Apparently the Japs can detect that Fr Z. isn't much of a true Catholic!!