Call this a reverse blessing.

When the Pope refuses to do the will of God - expect God to refuse to answer the prayers of the Pope.

God will do the opposite of what the Pope requests and desires - because the Pope refuses to do the will of God.

This is like the 1000th post I have done on Pope Francis DOOM Novena. With every DOOM Novena there is a horrible event that takes place just days after the Pope utters up a prayer for the victims of some disaster - be it man-made or natural. After the Pope utters his prayers or sends a telegram - more deaths occur within days usually within nine days - sometimes it may be as long as 18 days.

So keep watch of what will happen soon....

“Deeply saddened to learn of the tragic crash of a cargo plane near Bishkek, Pope Francis sends his condolences to all those who have lost loved ones, particularly in Manas, and commends the souls of the deceased to the mercy of almighty God,” Pope Francis

ROME - Pope Francis Monday sent a telegram to survivors of a cargo plane crash in the Central Asian country of Kyrgyzstan, expressing his sorrow for all those who died and sending his prayers for the rescue efforts. “Deeply saddened to learn of the tragic crash of a cargo plane near Bishkek, Pope Francis sends his condolences to all those who have lost loved ones, particularly in Manas, and commends the souls of the deceased to the mercy of almighty God,” the January 16 telegram stated. “In praying for the search and rescue efforts, his holiness invokes upon the nation the divine blessings of strength and consolation,” continued the telegram sent by Vatican Secretary of State Cardinal Pietro Parolin on behalf of Pope Francis. At least 37 people were killed Monday after a Turkish cargo plane crashed into the village of Dacha-Suu, 16 miles northwest of the Kyrgyz capital Bishkek, while trying to land at the airport which serves Bishkek. The plane, traveling from Hong Kong to Istanbul, was scheduled for a stopover at the Manas airport, according to airport officials in Bishkek, the AP reports. The plane crashed at 7:40am local time, destroying half of the village, including 15 homes and dozens of buildings, some of which burst into flames after being hit by debris from the plane. Crux Read More>>>>>>> 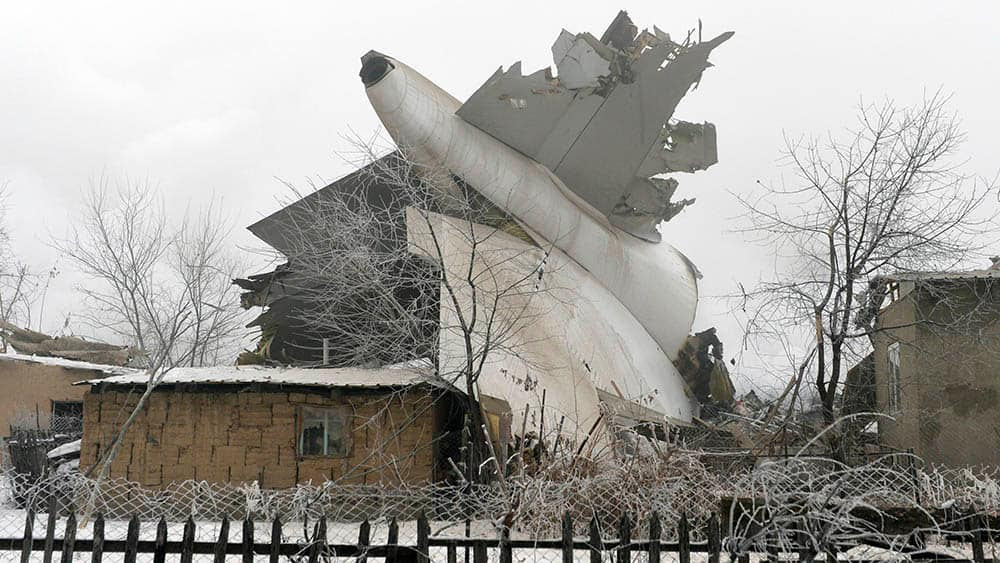