Where Gorsuch Attends Every Sunday

Lex Orandi, Lex Credendi, As we Worship, So we Believe ... LOL!

How many times has some Latin Mass goon yelled the above at you? The above phrase is used to prove that one must have right worship in order to believe without error.

Apparently the phrase really doesn't matter to men like Ferrara.

Here is Chris Ferrara on Gorsuch:


with Gorsuch we are getting about the best that we can expect within the American juridical framework: a conservative legal positivist who will defend the American conception of religious liberty and defer to the constitutional text as originally posited and the will of present-day legislative majorities when not in conflict with the Constitution’s “original meaning.” In other words, another Scalia, or very nearly that. Source


He has been described as 'the heir to Scalia' and is a religious conservative whose appointment to the Supreme Court was greeted with jubilation on the pro-gun, anti-abortion Right. But DailyMail.com can reveal that Neil Gorsuch's own church, in Boulder, Colorado, is a hotbed of liberal thinking – and is led by a pastor who proudly attended the anti-Trump Women's March in Denver the day after the President's inauguration. Another member of the clergy at St. John's Episcopal Church is outspoken about the need for gun control, and helped organize opposition to a gun shop giveaway of high-capacity magazines in the run-up to a 2013 law that banned them from the state of Colorado. In December 2015, shortly after the San Bernardino terrorist attack, Rev. Ted Howard, 74, also put his name to a public letter slamming the 'criticism and disrespectful rhetoric' directed at Islam – just as President Trump was floating a total ban on Muslim immigrants. Source

You're a damn fool. 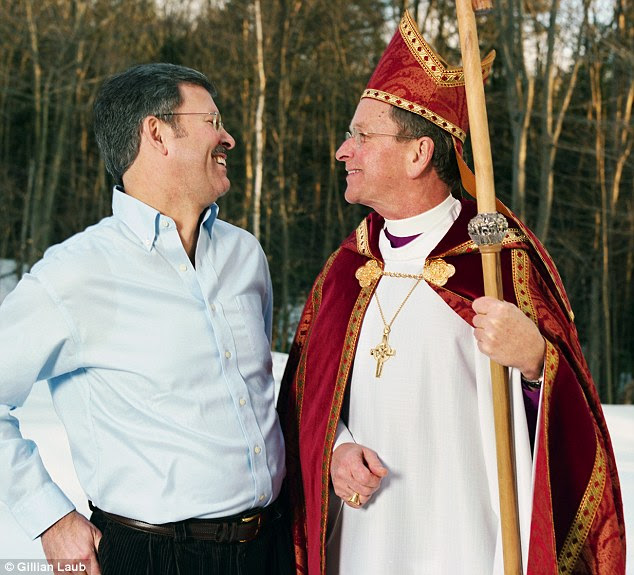