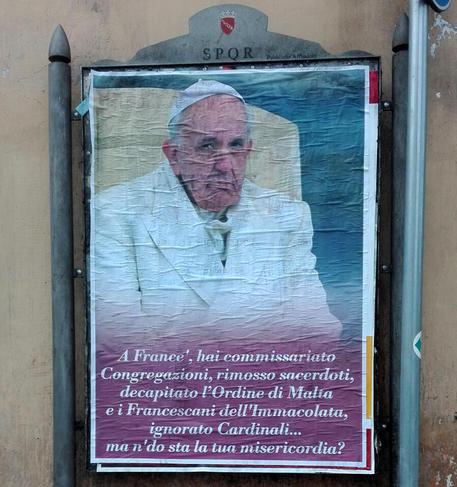 Ah Francis, you have intervened in Congregations, removed priests, decapitated the Order of Malta and the Franciscans of the Immaculate, ignored Cardinals... but where is your mercy?  Rortate Caeli

Here is the story:


VATICAN CITY (AP) -- Conservative criticism of Pope Francis intensified Saturday after his intervention in the Knights of Malta order, with posters appearing around Rome citing his actions against conservative Catholics and asking: "Where's your mercy?" The posters appeared on the same day that Francis cemented his authority over the Knights by naming a top Vatican archbishop, Angelo Becciu, to be his special delegate to the ancient aristocratic order. Francis gave Becciu, the No. 2 in the Vatican secretariat of state, "all necessary powers" to help lay the groundwork for a new constitution for the order, lead the spiritual renewal of its professed knights and prepare for the election of a new grand master, expected in three months. The Vatican's intervention with the sovereign group had provided fuel for Francis' conservative critics, who until Saturday had largely confined their concern with his mercy-over-morals papacy to blogs, interviews and conferences. On Saturday, dozens of posters appeared around Rome featuring a stern-looking Francis and referencing the "decapitation" of the Knights and other actions Francis has taken against conservative, tradition-minded groups. Source

Then there's this from Our Lady of La Salette:

“Italy will be punished for her ambition in wanting to shake off the yoke of the Lord of Lords. And so she will be left to fight a war; blood will flow on all sides. Churches will be locked up or desecrated. Priests and religious orders will be hunted down, and made to die a cruel death. Our Lady of La Salette 19 Sept. 1846 (Published by Mélanie 1879)

“The Vicar of my Son will suffer a great deal, because for a while the Church will yield to large persecution, a time of darkness and the Church will witness a frightful crisis. Our Lady of La Salette 19 Sept. 1846 (Published by Mélanie 1879)

“The Holy Father will suffer a great deal. I will be with him until the end and receive his sacrifice. Our Lady of La Salette 19 Sept. 1846 (Published by Mélanie 1879)

“The mischievous would attempt his life several times to do harm and shorten his days but neither him nor his successor will see the triumph of the Church of God. Our Lady of La Salette 19 Sept. 1846 (Published by Mélanie 1879)

And of course we all know that there are Latin Mass Traditionalists who believe Pope Francis is not the Pope!

See how some demented souls attending Latin Mass can justify in their minds the murder of Pope Francis? 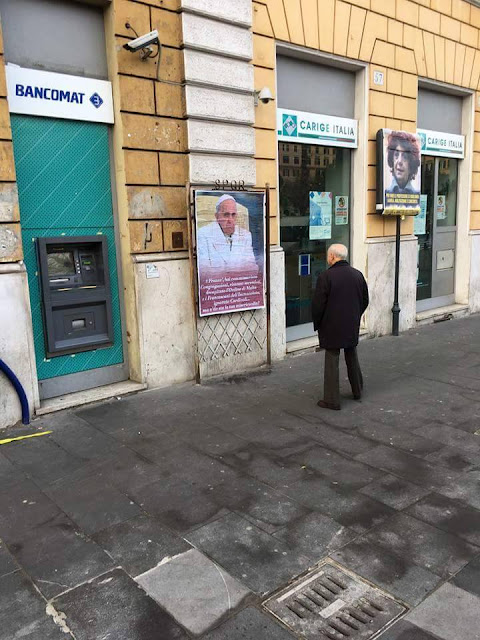