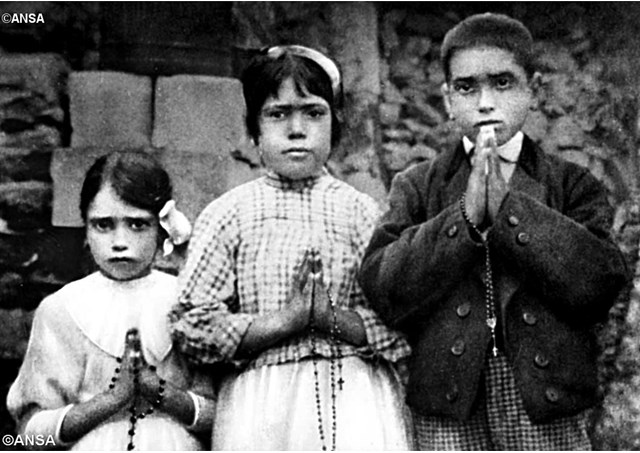 Who is obsessed with the heretic Pope Francis?

So much so that they neglect their duties of their state of life?

Yes that's right, these blogging buddies Skojec White Hickson & Dollinger are so obsessed with Pope Francis that they admit to neglecting their daily duties:

I had a long conversation with my bloggie-buddie Steve Skojec last night, and we both noted that quite a few of the people whose voices have been strongest against the Regime are currently undergoing massive and crushing personal and domestic crises right now. And that these are making it nearly impossible to write or think clearly. We just don’t have the extra juice to pay attention to anything but the immediate necessities of survival at the moment. We were wondering if this is no mere coincidence. Source

You would think that these blogging buddies would make a connection between their obsession with the doings Pope Francis and their neglect in their daily duties!

But No! They have to email each other asking why their home life (and spiritual life) is in shambles!

When was the last time anyone went to Skojec blog to  meditate on the things of Christ? NEVER!

No images of Jesus Christ Crucified

No other spiritual devotions.

But there is plenty of stuff on Pope Francis

And plenty of time consuming comments on each post.

These fools are the same that spread the lie about what was contained in the hidden third secret - according to these four fools, the message contained words on a bad mass and bad council.

These wicked fools prided themselves for making Pope Benedict respond publicly to the lie!

I bet Skojec has a framed copy of Pope Benedict's response hanging on his wall!

Will these same four liars condemn Pope Francis on his approval of the miracle?

Chestertonian (Fat Slobs Who Take Pride In Their Bellies)
I have to suppress a smile at Festing’s towering poshness. He uses phrases like “all that gubbins” which I have not heard in a long time, pronounces “there” as “they-ah” and “Mass” to rhyme with “farce”, and when describing the range of options for a hot drink, offers me a cup of “good old Mr Tetley’s whatnot”. He speaks rather slowly and ruminatively, sometimes repeating a phrase two or three times, regularly bursting into an infectious belly laugh which goes “huh-huh-huh-huh” – but talking, nonetheless, with directness and purpose. The overall effect is somewhat Chestertonian. Catholic Herald >>>>>>
If you hit the link above you got this:
404 Error Sorry, the page you requested could not be found. The page you were looking for at this address doesn't seem to exist. It could be that the link is incorrectly typed or out of date. We're sorry about that.
Maybe Catholic Herald pull the article by mistake. …

Ann is a convert.
Ann does not know her Catholic Faith.
Did you know that many Catholic spiritual writers claim that the Devil Apes the things of God. So what the Devil does is to STEAL things from the Catholic Church like devotions, signs, Sacraments, images, Rosary etc and the Devil corrupts these Catholic signs and presents them to his children - heretics etc.. So it makes it appear that these wicked children of Satan were the first to practice or be in possession of said "Catholic Things". And it gives the appearance that the Catholics are aping the things of the wicked children of Satan.

Golden Rosary Tibetan Buddhism
For instance take the Catholic Devotion on the Rosary - called the Golden Rosary. Now I know that this Catholic devotion is in little use today - its obscure - its from the 1500's or so. And the priest that wrote down this Golden Rosary devotion was probably taken from other Catholic that lived even further back, at least back to the days of St Dominic.…

Lucy Rose Jaine Hunter says she gets death threats for pics with dead animals, despite using meat to feed family  Not everyone is a fan of this mom’s lifestyle. A mother of three from New Zealand claims she has faced death threats for sharing pictures of her hunting trips, which often show her carrying an animal's carcass following a hunt. However, the woman, 29, says she and her family eat the animals they hunt because they're opposed to eating meat from a factory farm.Lucy Rose Jaine first started hunting when she met her partner, The Sun reports. Since then, she’s fallen in love with the outdoors. She and her family go hunting about five to eight times per month. They mainly hunt wild pigs, but they’ll also hunt deer, goats, wallabies and other animals. She uses the animals that she kills to feed her family, explaining that she prefers not to rely on factory-farmed meat. “I like that we can teach our children how to hunt their own food,” she told The Sun. Source 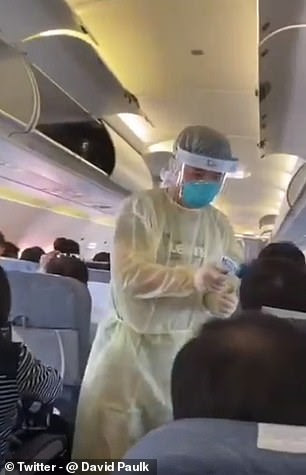 Our Lady Of La Salette On How To Spread Plagues And Infectious Diseases: Medics On Air China Plane Check Passengers For "2019-nCoV"

There will be bloody wars and famines, plagues and infectious diseases.Our Lady of La Salette 19 Sept. 1846 (Published by Mélanie 1879)
“The earth will be struck by calamities of all kinds (in addition to plague and famine which will be wide-spread). Our Lady of La Salette 19 Sept. 1846 (Published by Mélanie 1879) Should we be getting scared? Medics in Hazmat suits screen Air China plane passengers for 'SARS-like' Coronavirus before letting them leave domestic flight as fears grow of global epidemic Footage purporting to show medics in hazmat suits scanning Chinese air passengers for symptoms of a mysterious 'SARS-like' virus has sparked fears that the deadly infection could spread globally. The unnamed coronavirus, which typically leads to a life-threatening form of pneumonia, has killed three people and infected at least 220 people since it was spotted in Wuhan city since December. The trending clip, which has been widely shared on social media platforms, is sai…

Why Malapert Convert Ann Barnhardt Should Shut The Hell Up! Taken From Catholic Tradition...

Malapert and Shakespeare Malapert debuted in English in the 14th century, was a favorite of Shakespeare, and is still used sporadically today. The prefix mal-, meaning "bad" or "badly" and deriving from the Latin malus, is found in many English words, including "malevolent" and "malefactor." The second half of "malapert" comes from the Middle English apert, meaning "open" or "frank." "Apert" further derives from the Latin word"apertus" ("open"), which gave us our noun "aperture" (meaning "an opening"). Putting the two halves together gives us a word that describes someone or something that is open or honest in a bad way-that is, a way that is bold or rude. The noun "malapert" also exists, and means "a bold or impudent person."
Reason why convert Ann Barnhardt and other convert ladies should shut the hell up:

The women among the heretics in times …

Priests and religious orders will be hunted down, and made to die a cruel death. Our Lady of La Salette 19 Sept. 1846 (Published by Mélanie 1879)
Wow!
This is a follow up to the post from 8 November 2019:
CONGRATS TO OUTRAGED RAD TRADS YOU GOT ANOTHER PRIEST MURDERED! FATHER ROGER MATASSOLI HAD CRUCIFIX SHOVED IN HIS THROAT AND WAS BEATEN TO DEATH  Posted by dxv515

This latest report on the murder of the 91 year old priest comes just days after RAD TRAD leader Steve Skojec on video said that the Clergy are more of a threat to the Church than the Laity!


Who is Steve Skojec? - Interview with Founder of One Peter Five - FULL DISCLOSURE

Yeah layman Skojec claims that the reason he focuses only Priestly matters on his blog and does not write on his Rad Trad blogging buddies is because the Clergy causes ALL the trouble.

Layman Steve forgets that he has no authority in the Church to address any of the Clergy abuse.

But layman Steve can influ…