Church In Dialogue: Vatican Announces New Evangelization To Care For Shrines & Next Day Custodians Of The Muhammad Ali Gujjar Shrine Drug And Murder 20 Visitors! What?

New Evangelization to care for shrines

(Vatican Radio) Pope Francis issued an Apostolic Letter motu proprio on Saturday, in which he transfers general responsibility for the creation, discipline and administration of Catholic shrines and sanctuaries throughout the world, to the Pontifical Council for the Promotion of the New Evangelization. The new arrangement leaves in place the special laws granting other authorities specific competence over certain shrines and sanctuaries – and the pilgrims and pilgrimages associated with them. The Council for New Evangelization will now be directly responsible the establishment of international Sanctuaries and the approval of their respective statutes, as well as for the study and implementation of measures to promote the evangelizing role of the sacred places in the life of the Church and of the faithful, to promote an organic pastoral care plan for shrines and to promote both national and international gatherings aimed at fostering renewal of pilgrimages to places of worship and works of popular piety more generally. In addition, the Council for New Evangelization will be responsible for promoting training for shrine operators and support for pilgrims, as well as cultural and artistic enhancement of sanctuaries, “according to the via pulchritudinis as one of the Church’s particular modes of evangelization. Source 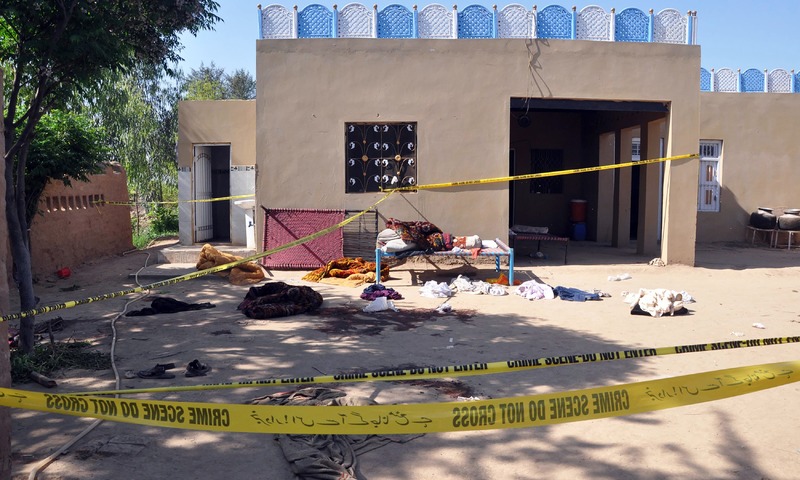 The custodian of a shrine in Sargodha and two accomplices have been arrested for intoxicating and murdering 20 devotees and injuring four others with batons and knives early Sunday, police said. Four women were among those killed in the attack at the shrine to Mohammad Ali, according to police, who said they had arrested three suspects including the custodian. The motive for the slaughter was unclear but some officials said the chief suspect had mental health problems and had used violence on followers before. “The 50-year-old shrine custodian, Abdul Waheed, has confessed that he killed these people because he feared that they had come to kill him,” regional police chief Zulfiqar Hameed told AFP. Source

You could say there is a difference between Catholic shires & Muslim shires.....yeah...but I don't think the Vatican officials see the difference...