Water and fire will give the earth's globe convulsions and terrible earthquakes which will swallow up mountains, cities, etc.. Our Lady of La Salette 19 Sept. 1846 (Published by Mélanie 1879)

Evil books will be abundant on earth and the sprits of darkness will spread everywhere a universal slackening of all that concerns the service of God. They will have great power over Nature: there will be churches built to serve these spirits. People will be transported from one place to another by these evil spirits, even priests, for they will not have been guided by the good spirit of the Gospel which is a spirit of humility, charity and zeal for the glory of God. On occasions, the dead and the righteous will be brought back to life. Our Lady of La Salette 19 Sept. 1846 (Published by Mélanie 1879) 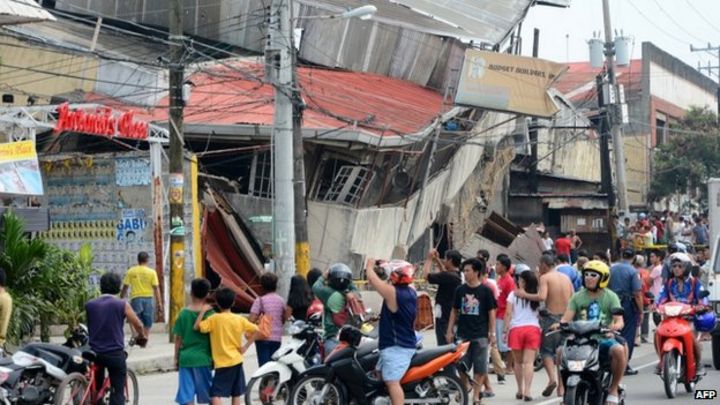 Strange, I posted two Videos of Filipino Cardinal Luis Antonio Tagle Singing & Dancing that were scheduled to post on my blog Irreverence And Impiety In The Celebration Of The Holy Mysteries today at 12 AM PDT. I originally posted these last Saturday on the the 1st and set the date and time for each to be posted at 12 AM PDT. The reason I posted these was because of the attention that the Cardinal received over his Holy Thursday activities:

Filipino Cardinal Luis Antonio Tagle will wash the feet of drug addicts and policemen during the traditional Holy Thursday foot-washing ceremony at the Manila Cathedral next week.  In the past years, the Archbishop of Manila observed the Holy Thursday tradition washing the feet of the elderly, women, and people with disabilities.  Father Roy Bellen, spokesman of the Archdiocese of Manila, said the 12 people selected for the Holy Week ritual include former drug addicts and relatives of victims of drug-related killings. Source

So today just two hours after the videos of the dancing cardinal were posted the Philippines was hit by three Earthquakes:

An earthquake measuring 5.9 on the Richter scale has hit the Philippines, in the Batangas province, south of Manila. The quake took place at a depth of 42.7 km. The quake struck one kilometer outside Talaga in the center of Batangas, located less than 70 km south of Manila, reported the United States Geological Survey (USGS). No tsunami warning has been issued.  Batangas officials said no casualties have been reported yet. Power was cut off in several areas with multiple buildings experiencing minor damage, according to Reuters.  The quake could be felt as far away as the capital Manila and the island of Mindoro. An estimated 20 million people felt tremors, according to the European-Mediterranean Seismological Centre (EMSC), and evacuations are taking place across the affected areas. RT

Now For The Earthquake Videos:


During The Earthquake There Was A Massive Landslide On Mt. Makulot:

At the first blow of His thundering sword, the mountains and all Nature will tremble in terror, for the disorders and crimes of men have pierced the vault of the heavens Our Lady of La Salette 19 Sept. 1846 (Published by Mélanie 1879


"I protest highly against a different text, which people may dare publish after my death. I protest once more against the very false statements of all those who dare say and write First that I embroidered the Secret; second, against those who state that the Queen Mother did not say to transmit the Secret to all her people." Mélanie