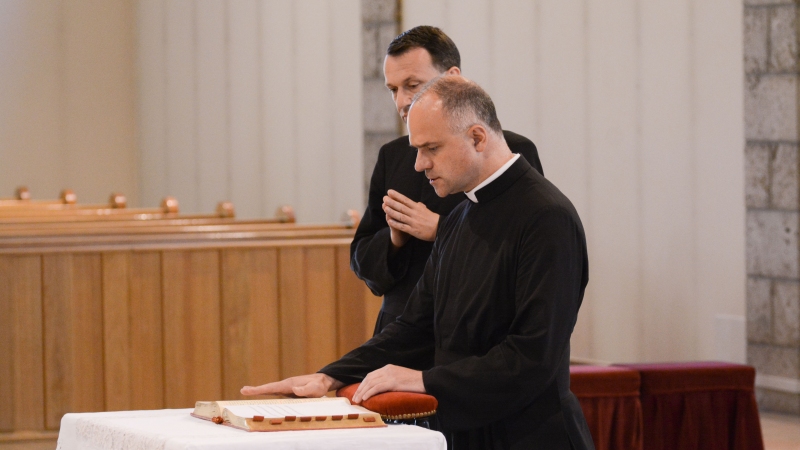 Election of the Superior General

On July 11, 2018, Father Davide Pagliarani was elected Superior General, for a mandate of 12 years, by the 4th General Chapter of the Society of Saint Pius X.

The new Superior General is 47 years old and is of Italian nationality. He received the sacrament of Holy Orders from the hands of Bishop Bernard Fellay in 1996. He exercised his apostolate in Rimini (Italy), then in Singapore, before being appointed Superior of the District of Italy. Since 2012, he was Rector of Our Lady Co-Redemptrix Seminary of La Reja (Argentina).

After accepting his office, the elected pronounced the Profession of Faith and took the Anti-Modernist Oath at the seminary church. Then, each of the members present came before him to promise their respect and obedience, before singing the Te Deum in thanksgiving.

The 41 capitulants will proceed tomorrow with the election of the two Assistants General, for the same mandate of 12 years. The Chapter will continue until July 21st at the Seminary of St. Pius X of Ecône (Switzerland)