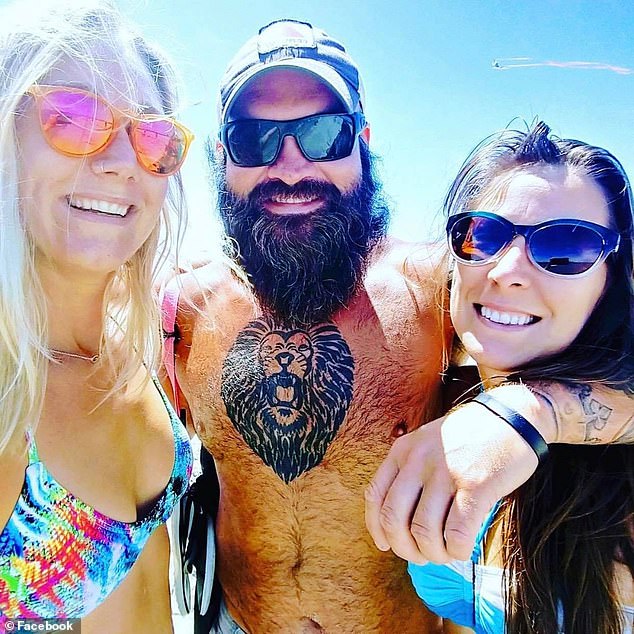 Gee didn't see this coming......
Stop the Steal is a perfect example of Political Ecumenism.
Again Rad Trad influencers are forever condemming the Clergy for engaging in Religious Ecumenism (rightly so) but these same Lay Rad Trad influencers engage in Political Ecummenism with Protestant Heretics and other assorted Atheists and non-believers because these non-Catholics have similar political views as the Rad Trad influencers.
Can you not see the danger with engaging in dialogue with non-Catholics on matters of politics?
No of course you can't - you've been programed to believe that politcal Ecumenism is "Gods Work"
So I expect more nonsence from Rad Trad influencers in the coming years.
Well here is the rotten fruit of Rad Trad influencers and their Political Ecumenism:
Dead MAGA rioter Ashli Babbitt and her Marine husband were in a THROUPLE with live-in 29-year-old bartender who is sticking by the widower's side as he mourns his wife's Capitol shooting death
The female Trump supporter shot dead storming the Capitol last week was in a throuple with her husband and a live-in girlfriend. Late Air Force veteran Ashli Babbitt and her ex-Marine husband Aaron had a three-way relationship with a 29-year-old bartender, her family confirmed. Kayla Joyce lived with the married couple in San Diego, and is sticking by her widower boyfriend, Ashli's brother told DailyMail.com in an exclusive interview. The 35-year-old former military officer and her husband met Kayla about a year ago, and decided to welcome her into their open marriage – which was itself only a few months old. The news may come as a surprise to traditional conservatives, who have been lauding Ashli on social media as a martyr to the right, but often frown upon relationships outside of a marriage. But her 21-year-old brother, Andrew Witthoeft, said his late sister was raised to welcome people of all sexual orientations, colors or creeds – as long as they were 'Team America'. Source
As an aside the above Rad Trad influencers are products of the FSSP.
There is something amis with the FSSP
I still contend that the FSSP will be shut down one day.
Lets do a little experiment with your eyes closed listen to Ashli's last rant and tell me that she sounds like Ann Barnhardt or any other Rad Trad Influencer
LOL!