Ann works for Homeland Security and she is honeypotting some schmuck who attends FSSP Latin Mass?

Ann Barnhardt Interview -- Part 2This is Part 2 of my weeklong interview with Ann Barnhardt in which we discuss whether Hillary Clinton should be hung or put against a wall and shot.:


I'll tell you right now what the real question is, and when this question starts being asked publicly, then I will sit up and pay attention, and dare to hope again: The question is whether or not, after arrest, a speedy trial and conviction of crimes against humanity, Hillary Clinton should be offered the sacraments and then hung, or put against a wall and shot. The answer, of course, is that she should be put against a wall and shot, and then her body should be hung on public display so that any other aspiring psychopath oligarchs can see how a just, Christian society deals with their ilk. Sadly, this would first require the organization and declaration of of a replacement government, which simply is not going to happen due to the aforementioned effeminacy and pathological indifference of the populace. Removal - and by removal I mean execution - of the existing psychopathic political class outside of an organized, legitimate replacement government would be anarchy and would result in the advent of an even worse tyranny than what we have now. And since justice demands these people be executed, and their unquenchable malignancy can only be stopped by execution, post-modern, post-Christian culture finds itself utterly incapable of even the slightest self-correction.

Really? why even say such a thing? Unless you want to put ideas into the mind of weak mind.

Another thing. We know what Ann Barnhardt looks like - her image is plastered all over the Internet - so how is it that there is no picture of Ann attending a Latin Mass? Why no photo of Ann receiving communion at a FSSP chapel.

Has anyone one ever witnessed Ann attending a Latin Mass? 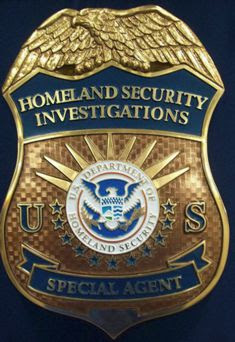 This is a Chinese woman who is a Anglican "priest".
She is administering bread to an Anglican using chopsticks.
So that is a piece of bread! It is not the Body Blood Soul and Divinity of Jesus Christ in the Blessed Sacrament.
I told you Marshall is a fraud.
It will only get worse for him.
Here are the Tweets from his followers that he fooled into thinking that that piece of Anglican bread is the Real Presence...


Here is a lesson for the infiltrator - lay off Twitter

And here is music by a Korean Chick on the subject of Sacrilege....