Fatimaistas SCATTERED Abroad Over False DOLLINGER PROPHECY! When Prophecy Shall Fail, The People Shall Be Scattered Abroad

When prophecy shall fail, the people shall be scattered abroad Proverbs 29:18

That took a real long time......took about eight years for the Fatimaistas to be scattered abroad.

I made it a point that what Fr. Gruner was spreading - was in fact a lie. The lie came from the lips of Fr. Dollinger & Fr. Kramer. The Fatimaistas claimed that Fr. Dollinger was a prophet. It's obvious he is not.

Fr. Kramer however is still alive.

And as of today it looks like the bad fruits of the Dollinger/Gruner/Kramer Prophecy are now made manifest to the world - just like Proverbs had said would happen when false prophets utter false prophecy:

When prophecy shall fail, the people shall be scattered abroad Proverbs 29:18

The Famitaists are now scattered abroad:

What’s Going on at the Fatima Center?

Father Kramer: 'Well, here we go beyond the firm evidence of approved apparitions and into the realm of speculation. Based on the reported prophecies of a German priest, a mystic, whose veracity is attested to by another German priest I regard as utterly trustworthy, we can surmise that the year 2008 will see the outbreak of war and 2011 the Consecration of Russia and the beginning of the period of peace spoken of by Our Lady of Fatima. The period of chastisement may continue past 2011, but by 2013 the chastisement will have ended and this may be the actual year of the Triumph of the Immaculate Heart' World War III and Worse


“The Secret Warned Against Vatican Council II and the New Mass: An Exclusive Fatima Crusader Interview with Father Paul Kramer”


In this interview Fr Paul Kramer gives his reasons why he believes that the Secret of Fatima contains a warning not to change the liturgy and warning of an evil Council that would cause great scandal in the Church. Fr Paul Kramer claims that he has knowledge of this because a long-time personal friend of Cardinal Ratzinger told him so:


"I know this to be a fact because I have personally spoken with a German theologian and a seminary Rector who is a longtime close friend of Pope Benedict."

Fr Paul Kramer goes on to state that:


"I can say this much: We’re talking about an elderly priest, a long-time personal friend of Pope Benedict, a man who was a long-time personal acquaintance of St. Pio of Piertrelcina [Padre Pio]. In fact, he told me he had gone to confession to Padre Pio 58 times. This is a man who for many years was the Rector of a seminary in South America; a man who is highly esteemed, who is of great reputation in the Church. I would also point out that in the diocese where he worked what I have said about the Third Secret, what Cardinal Ratzinger revealed to him, was common knowledge among the young priests who were seminarians and deacons at the time this man was Rector. They all know the story that Cardinal Ratzinger had told him."


From bits and pieces of the interview, I gather that this German priest is Father Dollinger who is described as an elderly German priest & theologian who was a Rector of a South American seminary. Looks like the Fatima Crusader relies heavily on Fr Paul Kramer’s German Priest friend as a source of information on the words of Our Lady.


So fair game, here goes: Father Paul Kramer, is this Father Dollinger, who is described as an elderly German Priest & theologian, and who was a Rector of a South American seminary, the same German Priest that you ‘regard as utterly trustworthy’ who is mentioned in the article on World War III and worse?

You tell us that this elderly German Priest (Fr. Dollinger?) attests to the veracity of the German Priest/Mystic who falsely prophesied the start of World War III in the spring of 2008, you said that:


When prophecy shall fail, the people shall be scattered abroad Proverbs 29:18 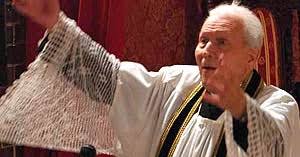