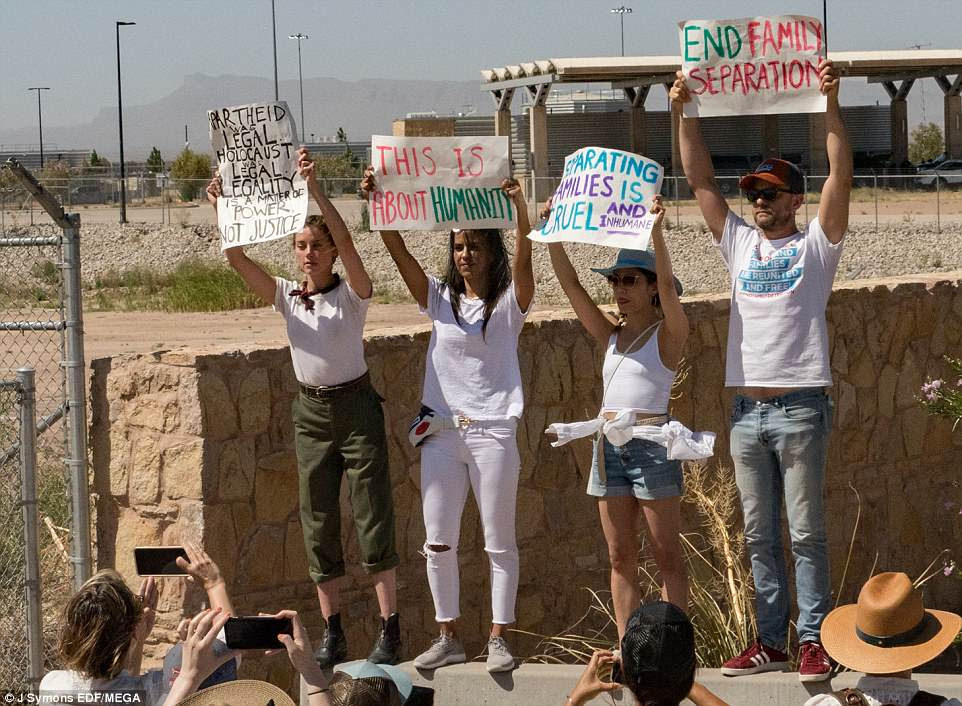 How Many Abortions Between Them?
The Guy Probably Paid For A few...

Amber Heard, Bella Thorne, Lena Dunham and Joshua Jackson lead protests at a tent city in Texas where immigrant children have been separated from their parents - as hundreds more rally across the nation

Celebrities led rallies and protests Sunday to decry the separation of immigrant parents from their children by US border authorities. Actors Amber Heard, Bella Thorne, Joshua Jackson and Lena Dunham were among the stars carrying signs that read 'End Family Separation', 'This Is About Humanity' and 'Keep Families Together' at the in Tornillo, Texas port of entry. Meanwhile, Democratic lawmakers have said they are not convinced the Trump administration has any real plan to reunite them. Hundreds of people also rallied near a Homestead, Florida, facility where immigrant children are being held and demonstrators marched in San Diego, California holding signs. Source