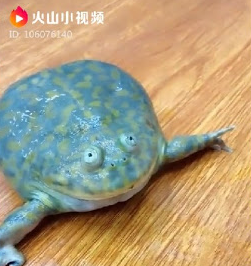 Because of their continual croaking.....


Catholic Symbol FROG: Because of its continual croaking and the fact that one of the plagues of Egypt was a rain of frogs [Chapter 8], it is sometimes the symbol of heretics or the repulsiveness of sin itself. More loosely, it is interpreted as a symbol of those who snatch at life's fleeting pleasures; hence it represents worldly things in general. Source


Rad Trads and their enraged converts won't listen - do not believe they are doing anything wrong.....their continual attacks on the priesthood and against the Pope will lead them one day into murdering the Fatima Pope and Faithful on top a steep Mountain...

VATICAN CITY (AP) — The Latest on the Vatican summit on dealing with sex abuse of minors (all times local):

Pope Francis says that those who are constantly attacking the church are linked to the devil.

Francis on Wednesday told pilgrims from southern Italy that the church's "defects" must be denounced in order to correct them.

But he said that those who do so without love and spend their lives "accusing" the church are either the devil's friends or relatives.

Francis spoke on the eve of a Vatican summit on clergy sex abuse and cover-ups by the church's hierarchy.

Detractors, including a former Vatican ambassador to the United States, have accused him of not properly dealing with top prelates and priests who were suspected abusers.

Francis didn't cite specific accusations nor mention the summit in his remarks.

He told the pilgrims that the Bible calls the devil the "great accuser." He added that "we are all sinners, some big" sinners. Source