I Pray For The Destruction Of The Space Industry During Sunday Mass: Arecibo Observatory Radio Telescope Collapses! 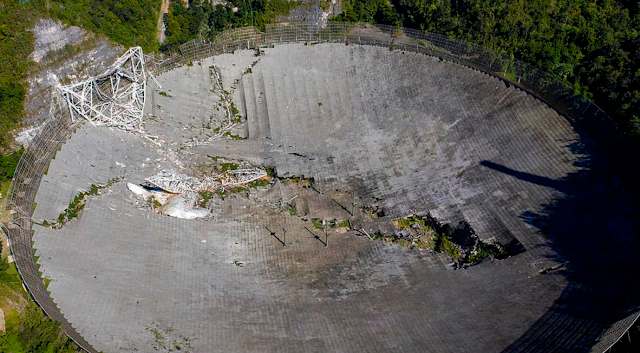 Our wrestling is not against flesh and blood; but against Principalities and Powers, against the rulers of the world of this darkness, against the spirits of wickedness in the high places. Ephesians 6:12
Arise, O Lord, let not man prevail.... 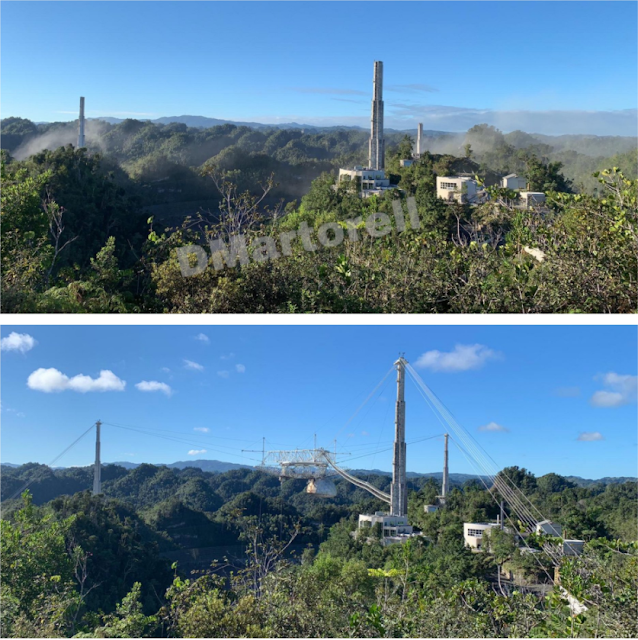 A huge, already damaged radio telescope in Puerto Rico that has played a key role in astronomical discoveries for more than half a century completely collapsed on Tuesday. The telescope's 900-ton receiver platform fell onto the reflector dish more than 400 feet below.  The U.S. National Science Foundation had earlier announced that the Arecibo Observatory would be closed. An auxiliary cable snapped in August, causing a 100-foot gash on the 1,000-foot-wide (305-meter-wide) dish and damaged the receiver platform that hung above it. Then a main cable broke in early November.  The collapse stunned many scientists who had relied on what was until recently the largest radio telescope in the world. "It sounded like a rumble. I knew exactly what it was," said Jonathan Friedman, who worked for 26 years as a senior research associate at the observatory and still lives near it. "I was screaming. Personally, I was out of control.... I don't have words to express it. It's a very deep, terrible feeling."  Friedman ran up a small hill near his home and confirmed his suspicions: A cloud of dust hung in the air where the structure once stood, demolishing hopes held by some scientists that the telescope could somehow be repaired. Source