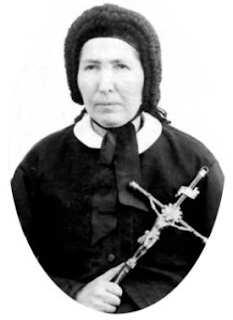 MELANIE CALVAT
“All the civil governments will have one and the same plan, which will be to abolish and do away with every religious principal to make way for materialism, atheism, spiritualism and vice of all kinds. Our Lady of La Salette 19 Sept. 1846 (Published by Mélanie 1879)
Karl Denninger:
Our government -- including Federal, State and Local officials, in concert with both the medical system and our alleged "public health" agencies deliberately spread disease and caused death for the last year, directly and through depraved indifference, killing approximately 400,000 Americans thus far and is killing thousands more every single day. We knew how to stop the death in nursing homes in February of 2020 and we knew how to stop 95% of the deaths in the general population this summer using cheap and available nutritional supplements and off-patent medications. Rather than fulfill their legal duty both by their oaths of office and in the case of non-profits and public health organizations the duties set forth in their charter and the reason for their tax exemptions they instead conspired with commercial interests to allow and even promote such death so as to inculcate fear in the population for the purpose of political, ideological and financial gain. Call It What It Is: TERRORISM 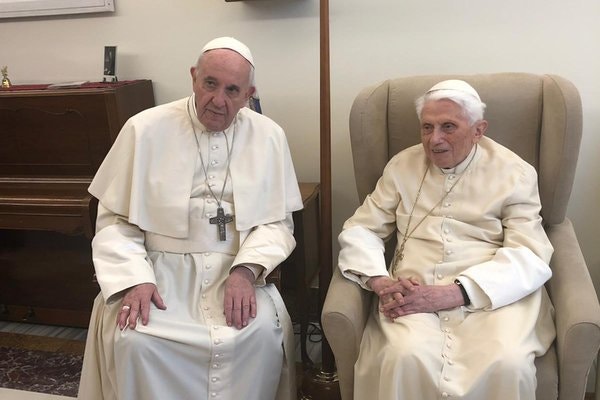 “The great chastisement will come, because men will not be converted; yet it is only their conversion that can hinder these scourges. God will begin to strike men by inflicting lighter punishments in order to open their eyes; then He will stop, or may repeat His former warnings to give place for repentance. But sinners will not avail themselves of these opportunities; He will, in consequence, send more severe castigations, anxious to move sinners to repentance, but all in vain. Finally, the obduracy of sinners shall draw upon their heads the greatest and most terrible calamities. Mélanie
“We are all guilty! Penance is not done, and sin increases daily. Those who should come forward to do good are retained by fear. Evil is great. A moderate punishment serves only to irritate the spirits, because they view all things with human eyes. God could work a miracle to convert and change the aspect of the earth without chastisement. God will work a miracle; it will be a stroke of His mercy; but after the wicked shall have inebriated themselves with blood, the scourge shall arrive Mélanie
“What countries shall be preserved from such calamities? Where shall we go for refuge? I, in my turn, shall ask, What is the country that observes the commandments of God? What country is not influenced by human fear where the interest of the Church and the glory of God are at stake? (Ah, indeed! What country, what nation upon earth?) In behalf of my Superior and myself, I have often asked myself where we could go for refuge, had we the means for the journey and for our subsistence, on condition that no person were to know it? But I renounce these useless thoughts. We are very guilty! In consequence of this, it is necessary that a very great and terrible scourge should come to revive our faith, and to restore to us our very reason, which we have almost entirely lost. Mélanie 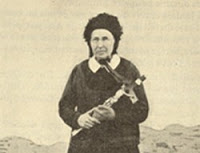 MARIA OF THE CROSS,
Victim of Jesus nee MELANIE CALVAT,
Shepherdess of La Salette
"I protest highly against a different text, which people may dare publish after my death. I protest once more against the very false statements of all those who dare say and write First that I embroidered the Secret; second, against those who state that the Queen Mother did not say to transmit the Secret to all her people." Mélanie