Rad Trads: OK To Call Cardinal Cupich Antichrist But Not Allowed To Call Layman Alexander Tschugguel the Forerunner To The Antichrist 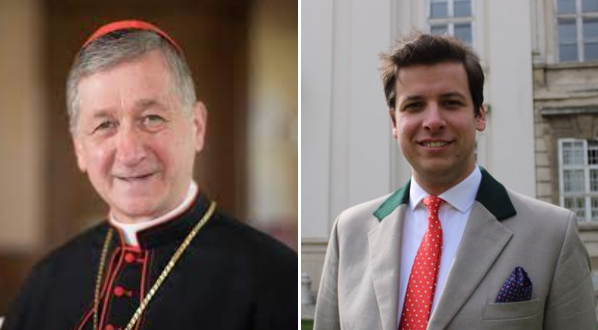 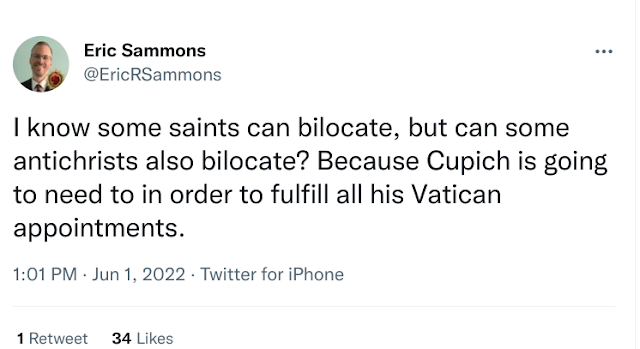 So OK to call a Cardinal the Antichrist or even the Pope.

But never ever call a layman the Forerunner to the Antichrist.

This is how you know that Alexander Tschugguel is the Forerunner to the Antichrist spoken of by Our Lady of La Salette and Fatima:

PhD Antony Stine wrote his above Tweet in response to my Tweet calling a Layman - Alexander Tschugguel the Forerunner to the Antichrist: 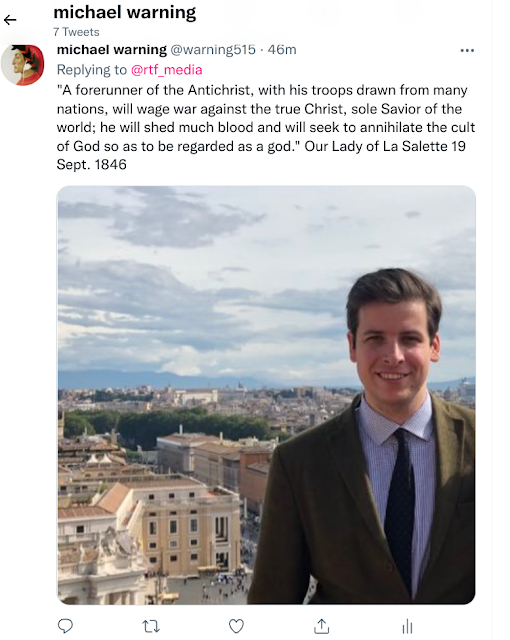 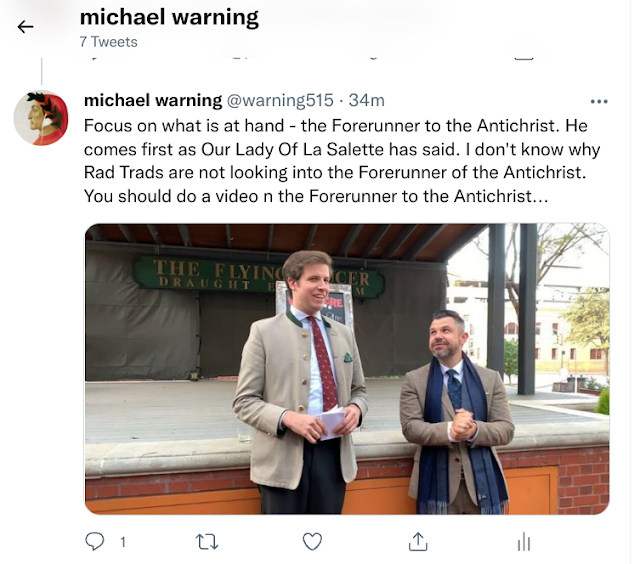