Rad Trads Approve of New EENS Doctrine! NO SALVATION OUTSIDE OF TRUMP!

And Ryan is looking down, right now -- you know that -- and he is very happy because I think he just broke a record. (Laughter and applause.) For as the Bible teaches us, "There is no greater act of love than to lay down one's life for one's friends." Ryan laid down his life for his friends, for his country, and for our freedom. And we will never forget Ryan. (Applause.) Trump

So when Pope Francis declares such and such a non-Catholic is in HEAVEN! Rad Trads have a melt-down.

But when TRUMP declares that non-Catholic Navy Seal William "Ryan" Owens is in HEAVEN!......well then........ 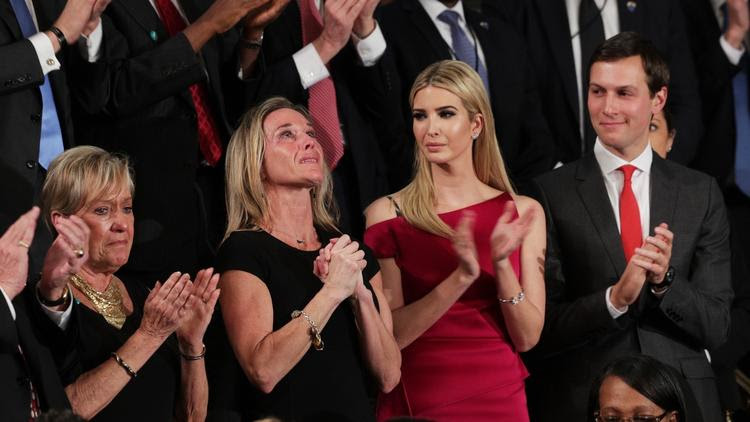