The lips of Francis touching a drinking glass does not turn the glass or water into a holy relic.

Here read the bizarre behavior of a Catholic who idolizes the Pope:

Holy water: Congressman steals Pope Francis' glass after White House address to sip remaining liquid with his wife - and then saves some to sprinkle on his grandchildren

A congressman stole the water glass Pope Francis was drinking out of during his address at the White House on Thursday. Representative Bob Brady, a devout Catholic and Democrat from Pennsylvania immediately made his way to the podium after Pope Francis finished speaking and grabbed the glass that was still filled with water. He then drank the water, gave some of the water to his wife Debra, and saved the rest for his grandchildren. Representative Brady took photos as well, and had his staff send them out to the press. Daily Mail Read More>>>>

Does this man treat the Blessed Sacrament with the same reverence he shows to a glass of water touched by the lips of a Heretical Pope?

NO! Of course not - this demented politician is pro-abortion etc.

Only bad will come of his bizarre behavior, Brady should be arrested for endangering the lives of others: 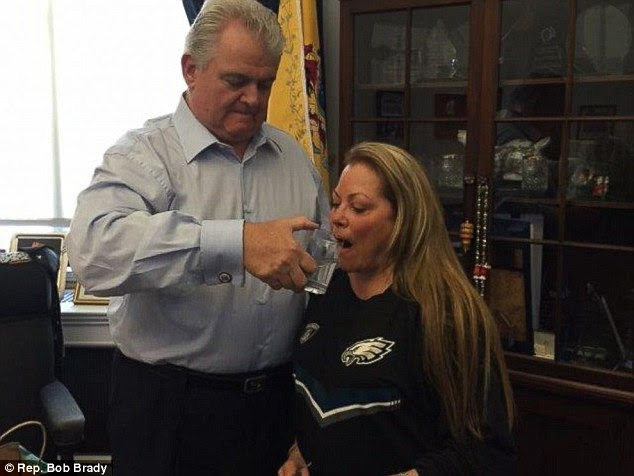 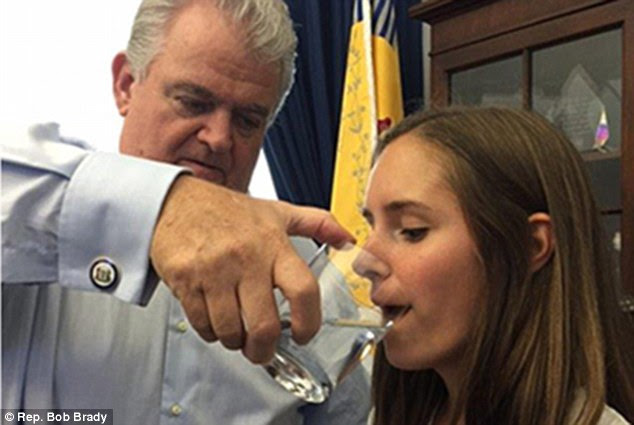 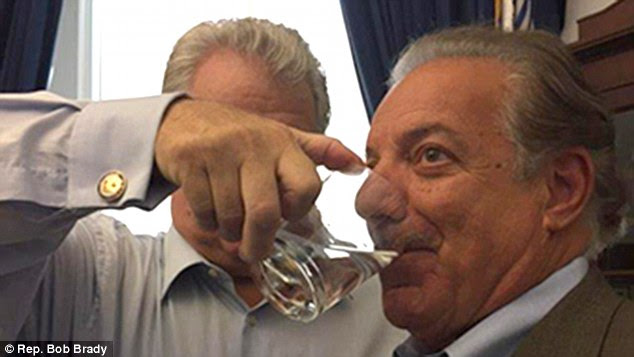