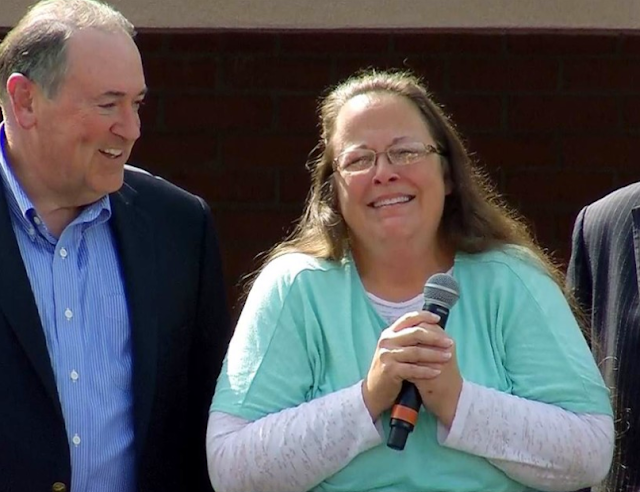 
I don't know how long 50 year old Domet was in his first marriage before he awoke from his slumber and decided that his Catholic marriage was no marriage at all!

I do know that Doment had his first marriage annulled recently in order to marry again to his brand spanking new wife. This time Dave promises that this second marriage of his is for keeps!

This is the same Domet that posts how much of a prick his brother in law is and how much of a shambles that marriage is in. Domet is also the same guy who whines and moans when he is under attack and will go on the offensive with his famous behind the scenes e-mail campaign threaten this and that if you don't stop the dirt on Domet.

I think the vindictive little man had a blog or two shut down because the hypocrite couldn't bear the same that he dishes out.

This is also the same guy who declare the Coptics murdered by ISIS on a beach as "martyrs" and posted an Icon of these "martyrs" on his blog for all to see.

The fact is that all the men murdered by ISIS on the beach were heretics. But that did not stop Dave venerating the heretical martyrs.

Also you may not remember this (especially if you are a baptism of blood fanatic) but at the same time of the murder of these Coptic there were several posts promoting the new ecumenism of blood! Even Pope Francis made mention of this new  ecumenism of blood! Many claimed the the heretical Coptic were save by  ecumenism of blood! Apparently the Holy Name of Jesus was on their lips before they got their head chopped off!

One more observation about men like Dave - hypocrisy should piss you off, but many of you lay traditionalists are under the impression that hypocrisy is just for the left and new mass goers, but in fact hypocrisy infects about 110% of Latin Mass Lay Morons.

Let me point it out for you again why the lot of you are irritating hypocrites:

Latin Mass Attending Lay Moron: The Pope and Bishops should never engage in Ecumenical activity with other faiths

OK understood. But then you morons do this:

Latin Mass Attending Moron: Oh look a christian men's political .....fill in the blank....lets join and lock arm and arm with our christian brethren to help restore all things in Christ!

Hypocrisy of about 110% of Latin Mass Lay Morons.

Hypocrisy...but you still don't get it.

Enter layman Domet in his latest escapade in Temporal or political Ecumenism, Dave praises a 5x married heretic Kim Davis for defending marriage? How stupid can you be? I will post his entire apology to 5X married defender of marriage:

First, I wish to thank you for your witness to the truth against the abomination of what has been called "same-sex marriage" something which is simply not possible. May you find strength and consolation in Our Lord Jesus Christ. May you cherish the few minutes you had with the Vicar of Christ. May it be a continuing grace for you.

Second, I wish to apologise to you for the uncharitable Catholics who are not acting as Christ or even in modelling Pope Francis in his meeting with you.

It is my understanding that you did not seek out this meeting, but in fact, it was Pope Francis himself. This is based on the information given to us by Dr. Robert Moynihan who contacted your lawyers on behalf of the Vatican to arrange a meeting at the Nunciature in Washington.

Rather than rejoice in what Pope Francis did, to greet you in Christ, to build you up and encourage you, many media savvy Catholics have insulted you on Facebook, Twitter and blogs and in cable and main-stream media. Many question the Pope's actions, doubt them, think he was duped and more. They drag your name through the mud and some of these are priests.

Father CNN, also known as Father Edward Beck whose hair and teeth are the same colour and offset by his beautiful tan writes. Pepper and Darkness, Canada's Catholic Channel of No Hope wonders what it means. Various priests of the Society of something other than Jesus make excuses. The secular media who hate all things Catholic tell the Pope what to do.

Now, Federico Lombardi, S.J., who has no doubt received pressure from the embedded sodomites in the Catholic Church intent on destroying the family in the same manner as the sodomites worldwide, has tried to distance the Pope from what was no doubt, a beautiful meeting between the two of you. Father Thomas J. Rosica continues to Tweet that the visit should not mean that the Pope supports her position. Should one assume then that the Pope should support so-called, same-sex marriage or that Father Rosica does?

What a disgusting and vile situation in the Church of Christ Catholic - is it any wonder Evangelical Christians want nothing to with "the whore of Babylon? These malefactors are trying to turn the Bride of Christ into that "whore." This is not the Catholic Church that Our Lord Jesus Christ willed to be under Peter. They are building a false church, a church of man, a church that is rich and corrupt, a church that is a against Christ and His Truth.

The Vatican says that the visit is not an endorsement of your views on so-called "same-sex marriage." The Vatican has clearly been taken over by a bunch of sodomites. What this really shows is that Pope Francis is not his own man. It was Pope Francis the man who desired to meet with you, to console and encourage you; this we must assume. It is the evil, corrupted and manipulative and deceitful clerics surrounding him who, when he stepped out of this stage-managed papacy, have come out now to back-track on his goodwill and insult you in the process.

For this, as a Catholic, I am sorry that they have used you.

May the LORD confound these malefactors and may the same LORD comfort you.

Please do not let these haughty and arrogant Catholics bother you, but let it be another cross which you must bear that will lead you to the fullness of faith in Our Lord Jesus Christ and His Church.

Thank you for your witness.

LOL! AND I apologize to the whole Roman Catholic world that Dave is such an ASS!