DISTRIBUTIST MARK SHEA TAKES THE SIDE OF MUSLIMS .......Boycott Patheos and EWTN until Mark Shea Goes! 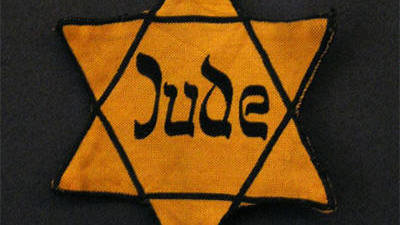 Mark Shea is an insane idiot convert to Vatican II & the stripped and barren new mass. If it weren't for VatII & the new mass Shea never would have been attracted to the Catholic faith. Once the Triumph of the Immaculate Heart Of Mary & restoration of all things truly Catholic takes place Shea will either kill himself or leave the Church and found his own religion.

As was pointed out all Distriobutists are pro-muslim.  Reason? Because the Utopia of Distributism is based on the Muslim Caliphate. Both Muslims and Distributist think alike.

And of course if your pro-muslim then your anti-Jew.

Here is a petition to boycott EWTN & Pathoes until Mark Shea is fired. I doubt it'll happen.

Mark Shea, a Catholic author who makes vile personal attacks as a matter of course, reached a new low in despicable behavior by equating Donald Trump with Nazism. Read this link, which criticizes Trump's position on Syrian refugees by posting a picture of the infamous yellow star worn by Jews during the Nazi occupation of Europe:

Donald Trump...calls for data bases and ID badges for Muslims. Like This:

Making such an equation heaps excrement on the Jews who died during the Holocaust and their survivors. It trivializes grotesque evil. It also could be construed as anti-Semitic.

The fact that two Catholic media outlets give Shea the opportunity to express vile viewpoints reflects badly not only on the Catholic Church, but also on the outlets' fundamental morality (or lack of same).Tell the powers that be at EWTN and Patheos that you will not patronize any of their products, services or authors until each of them removes Shea from their list of contributors.

This is not about Trump's positions or candidacy. I neither support nor oppose Trump. This is about basic decency. Don't allow a vile demagogue to hide behind his supposed faith or his benefactors. #MarkSheaGoAway!