DOOM RIGHT AROUND THE CORNER! Folly Of Michael Matt Praising Queen Elizabeth! Little Does Matt Know That Her Successor Prince Charles IS A MUSLIM! 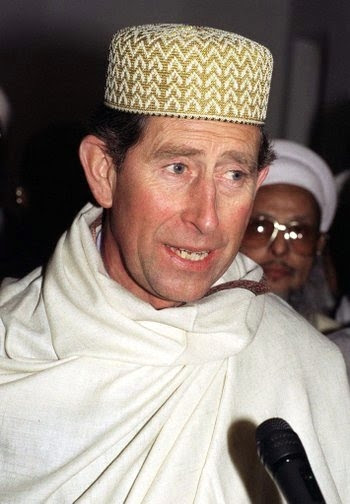 For her people, Queen Elizabeth represents everything to do with hope and promise for the future, based on faith and cherished traditions of the past. They desire nothing more than that she should remain on the throne of her predecessors and rule with love. She is their mother, their lady, their queen—and the very last thing they would ever countenance is her slumming with them, an unthinkable indignity for her and for them. Queen Elizabeth is one of the most beloved leaders in the world today. Why? Because she has the humility and grace to embrace the burden she was crowned to accept nearly sixty years ago, when she agreed to devote her life to the service of her subjects—not by becoming one of them, but by being set apart from them for their sake, for God, and for country. There are so many things with which we can disagree with Queen Elizabeth, and so many things about her situation about which we know precious little. But in terms of her unshakable commitment to live up to her state in life, she is an example to the modern, democratized world—and one which a pope or two would be well advised to carefully consider.  Michael Matt Read More>>>>>

Doom has to be close at hand. Based on the bad timing of grandfatherly Michael Matt and his praise for a Queen that will soon die thus setting into motion the reign of a MUSLIM Monarch.

Prince Charles is a Muslim convert - no not in the way that the Director of the CIA is supposedly said to be (he isn't) but Charles is a full blown MUSLIM convert.

When the Queen dies expect speculation by the press on whether Charles will forgo the Christian coronation and opt for a MUSLIM coronation. The speculation should start within an hour of the announcement of the death of Queen.


Michael Leggett • 11 hours ago God Save The Queen & Whoever Succeeds Elizabeth II. A mere republic would never have the charm nor stability.

When will the Queen die? Soon. Catching many off guard.