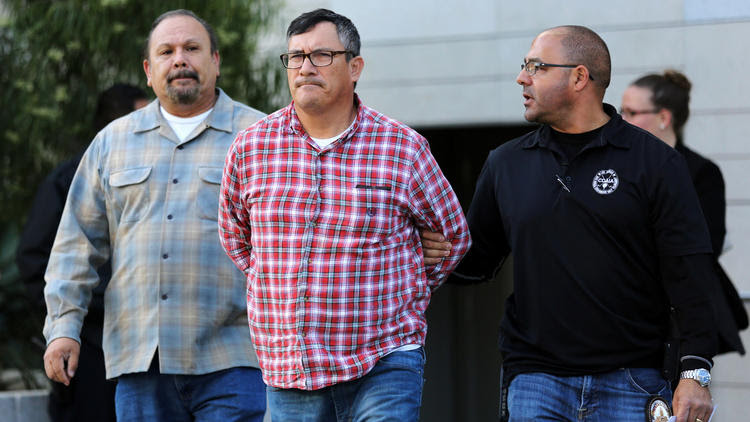 Posing as a Priest. How difficult is it? No need to know Latin! Makes it easier to fool the lot of the pew sitters. Sermons? most are insipid uninspiring crap so Erwin could probably get away with just gibberish and the pew sitters wouldn't no the difference. Confession? No problem just sit there and offer little or no priestly advice and use the bare minimum when absolving sins. The mass? Easy.

The only reason he got caught was because he was selling fake trip tickets to see Pope Francis in New York & Philadelphia, but no one caught on that he was a phony priest, it was just the phony tickets that got him caught. If it wasn't for the fake tickets the fake priest would still be administering fake sacraments.


But Mena couldn’t fool what Guevara called the “professional Church ladies.” It was a feast day with particular Mass parts, and Mena just wasn’t getting it right, he said.  “It was a complicated Mass that some of the real professional church ladies have memorized, and literally the jig was all up,” Guevara said. “He was screwing up and everybody was like, what’s going on here? CNA Read More>>>>>>

But Mena has been posing as a priest since 1990's so the above story given LAPD Det. Gary Guevara about 'professional Church ladies" is bullshit. No one caught on, until the trip didn't materialize.

Erwin Mena called himself “Padre” and celebrated Masses, confessions and baptisms, police say, but he was not your typical man of the cloth.

He was a con man posing as a priest, swindling churchgoers out of several thousands of dollars, police allege in court documents.

Officers arrested Mena, 59, Tuesday in Elysian Park on suspicion of grand theft. LAPD Det. Gary Guevara alleged in court documents that Mena sold parishioners bogus trips to see Pope Francis last year in Philadelphia and New York. He has been charged with 22 felonies and 8 misdemeanors, according to a criminal complaint filed by the L.A. County district attorney’s office.

When asked to comment on the charges while being escorted from LAPD headquarters, Mena said, “Not at this time.” It was unclear whether Mena was being represented by an attorney.

Mena, who also used the surname Menacastro, posed as a priest at St. Ignatius of Loyola parish in Highland Park. for about five months beginning in January 2015, according to Guevara’s affidavit filed in L.A. County Superior Court. Mena traveled from parish to parish, selling CDs that he recorded and peddling a book he claimed to have written titled: “Confessions of a Renegade Catholic Priest,” the affidavit states. LA Times Read More>>>>>>