Fill Them With The Splendorous Light! Pope Francis Sends Easter Greetings To The Orthodox On Easter Sunday & The Serbian Orthodox Cathedral of Saint Sava In New York City Burns Down To The Ground! 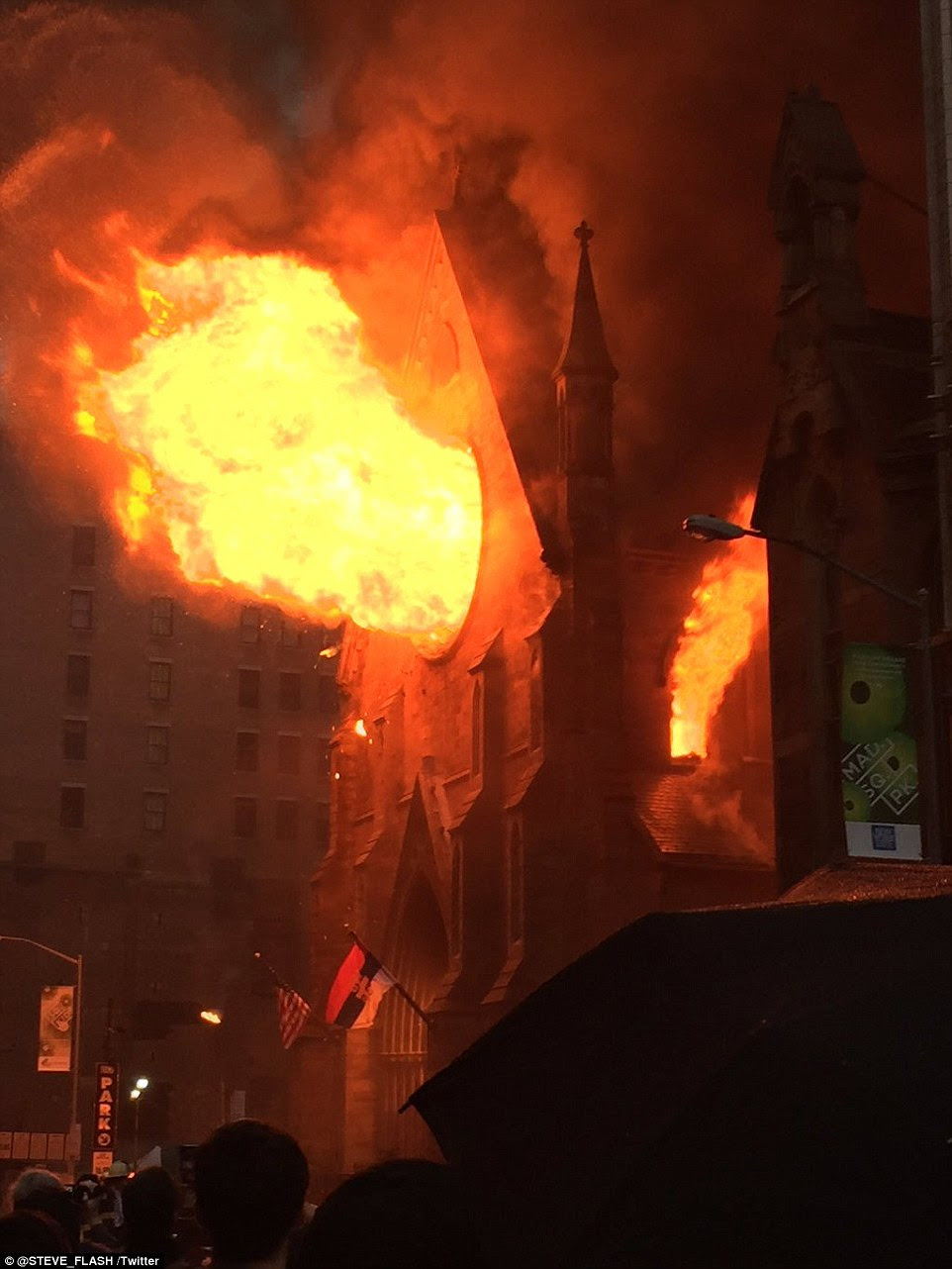 Fill Them With The Splendorous Light!

A 160-year-old Orthodox Christian cathedral in New York has been completely destroyed after a huge fire tore through it on Sunday The blaze broke out at the Serbian Cathedral of Saint Sava on 25th Street in Manhattan's Flatiron district at around 7pm. It is not known how the fire started, though it is believed to have broken out on the first floor of the building before consuming the interior and roof. An FDNY spokesman said that nobody was believed to be inside the building at the time the fire started, and there have been no reports of injuries. Fire officials said the church's caretaker ran inside the church to try to put out the blaze but suffered minor smoke inhalation and had to be rescued. 'I feel like I'm in a nightmare right now,' said church priest, Father Djokan Majstorovic as he tried to get to the fire scene that was blocked off by firefighters. Alex Velic, 31, the caretaker's stepson, told the Daily News he lives next door. He said he smelled smoke and came outside and saw the church on fire. 'Once the fire caught the wood there was flames coming out of the top of the church. That's when people were going crazy,' Velic said. "I'm in shock. I don't know what to say. It's sad.' Daily Mail Read More>>>>>>