Why Take The Word Of Ex-Legionaire Of Christ, Mr. Steve Skojec; Convert To The Catholic Faith, Dr. Maike Hickson; & A Senile Old Priest, Fr. Ingo Dollinger Over That Of Pope Emeritus Benedict XVI? 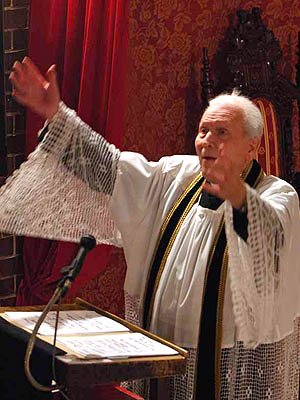 Why take the word of:

Over that of Pope emeritus Benedict XVI?


Dr. Maike Hickson, who personally called Fr. Dollinger, attests to the truth of what she recounted from that conversation. Inasmuch as the Vatican statement accuses her of “attributing” statements which are “inventions” to Fr. Dollinger, it is false. She did not imagine the conversation she had with Fr. Dollinger, she reported it, and I stand by her testimony with full confidence in her integrity, both as a journalist and as a faithful daughter of the Church.

Further, this morning Dr. Hickson telephoned Father Dollinger with the news of the Vatican statement, and at that time he again confirmed to her emphatically and clearly his previous remarks. In other words, he stood by his story.

We must also reiterate that Dr. Hickson’s original conversation with Fr. Dollinger could not have been an “invention” inasmuch as it was not original in its content. It was not an attempt to break news, but rather to seek direct confirmation of a story that had already been attributed to Fr. Dollinger years ago. As stated in Dr. Hickson’s original article, “This sensitive information pertaining to the Third Secret, which has been circulating among certain Catholic groups for a few years now, has now been personally confirmed to me by Fr. Dollinger himself… 1P5

Maybe the bishops for Skojac/Hickson/Dollinger should soon pay them a visit.


Ex-Legionaire Skojec named his blog after the First Epistle Of Saint Peter Chapter 5 Verse 8: Be sober and watch: because your adversary the devil, as a roaring lion, goeth about seeking whom he may devour.

Interesting, the same day Skojec posted his rebuttal to Pope emeritus Benedict XVI this guy jumped in the Lions Den!