Catholic Traditionalist Sebastian Gregerson Arrested After Converting To Islam And Stockpiling Weapons In His BUG OUT BAG! Does He Know Gary?

How do I know this man is a former Catholic? Because the Pope said so:


I don’t like to speak of Islamic violence, because every day, when I browse the newspapers, I see violence, here in Italy… this one who has murdered his girlfriend, another who has murdered the mother-in-law… and these are baptized Catholics! There are violent Catholics! If I speak of Islamic violence, I must speak of Catholic violence . . . and no, not all Muslims are violent, not all Catholics are violent. It is like a fruit salad; there’s everything. There are violent persons of this religion… this is true: I believe that in pretty much every religion there is always a small group of fundamentalists. Fundamentalists. We have them. Pope Francis Flying 29,050ft In The Habitat Of Demons of The Darksome Atmosphere


DETROIT - A Detroit man accused of buying explosives from an undercover agent and amassed a stockpile of weapons has been arrested, according to federal authorities. Sebastian Gregerson, also known as Abdurrahman Bin Mikaayl, 29, is charged in a criminal complaint filed Monday with unregistered possession of a destructive device and unlicensed receipt of explosive materials. A Facebook account belonging to a user with the name Abdurrahman Bin Mikaayl, and a hometown of Dearborn, includes an image of man on a horse carrying the Islamic State flag. The criminal complaint says he is a resident of Detroit. A source alerted the FBI that Gregerson claimed to have grenades and bazookas, which prompted an investigation.


During the course of the investigation, agents said they obtained records showing that Gregerson purchased an arsenal of weapons, ammunition, tactical gear and tactical training materials. The items included “seven fixed-blade knives of significant length, hundreds of rounds of AK-47 ammunition, two balaclava ski masks (covering all but the eyes), a car holster, and a Kalashnikov training video," according to records. According to agents, the purchase of training videos for the weapons made it unlikely that they were purchased for recreational use. Records showed that Gregerson purchased road spikes on eBay. Court-authorized tracking of Gregerson’s location indicated that he visited an outdoors store in Dearborn and bought a long-barreled firearm with a barrel that folds upward and back, reducing the length of the weapon and making it easier to conceal, authorities said. An FBI surveillance team said it saw Gregerson buy a pistol in the parking lot of a gas station in Belleville.
Gregerson’s statements to undercover FBI agent

During recorded conversations with an undercover FBI agent, Gregerson often spoke about weapons, particularly grenades and grenade launchers, authorities said.. Gregerson described to an agent what tactics he would employ to attack a building using grenades and his interest in obtaining high explosives, the FBI said. He later told the agent about the construction of homemade high-explosive grenades and showed considerable knowledge of the process, according to authorities. The agent provided a scenario for Gregerson to obtain military hardware. Gregerson talked about his interest in Claymore mines, calling them “a magical piece of equipment,” the FBI said. The agent went to Gregerson’s home and was shown a 37-mm grenade launcher, 37-mm grenades, a loaded AK-47 rifle, a machete, a shotgun shell carrier, six AK-47 magazines with 40 rounds of ammunition in each and a ballistics vest with military grade plates, authorities said. He also had a bag containing AK-47 magazines and called it a “grab and go” bag, the agent said.
Gregerson taken into custody


At Gregerson’s request, the undercover agent obtained smoke grenades and M-67 fragmentary grenades, and they met at a gas station in Monroe, according to the FBI. Gregerson arrived at the meeting with a Beretta M9 that he said he would use as payment for the grenades, authorities said. After the exchange was made, Gregerson was taken into custody. Gregerson is being held pending a detention hearing Thursday in U.S. District Court.Source Read More>>>>> 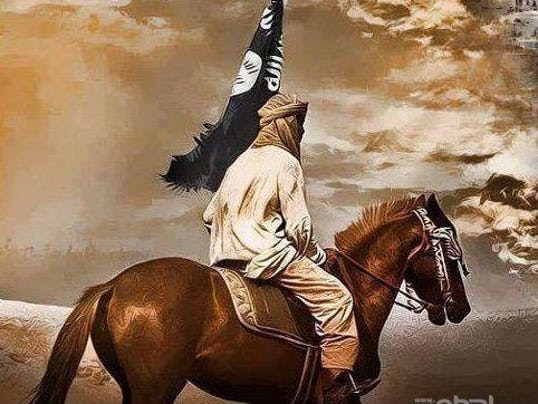 Let Fr. Z sell you one of his BUG OUT BAGS!
ASK FATHER: Priest’s “Bug Out Bag” for TEOTWAWKI