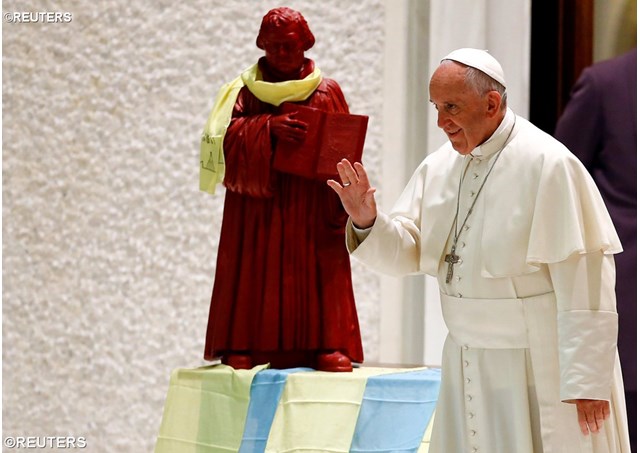 Catholics always depict the Martyred Saints holding the instruments of their death - sword, lance, ax, nails...etc. in this case with Martin Luther, we see that the Vatican wrapped a scarf arounf the neck of the saint Martin Luther.

What does the scarf around Martin Luther's neck represent?

Union between the Lutherans & Catholics?

Or something more sinister.

Someone is having a little fun....

For those that don't know - Martin Luther was a perverse man who was married to more than one nun, the well know nun is Catherine Bore, the other ones he was married to, are nameless.

The English Recusant Literature are books written by English Roman Catholics who were exiled from England during the Protestant revolt against God. These books mainly defend the True Faith but also touch on politics and history.

This English Recusant account of Martin Luther's death tells of the way in which he died, which was by strangulation.

This account I think can be found in Luther’s life, 1624, by John Brereley but I am uncertain if this was the actual volume, it has been awhile since I read the work.

The account reads as if the nun wife was mad at Luther and took her revenge, by strangling the perverted man while he was drunk.

However, considering that Luther was a sex addict (and Viagra wasn't invented back in those days, other means had to be employed to "get it on"....) its possible that the two were engaged in a sex game gone wrong.

That sex game is Auto-erotic Asphyxiation or AEA.

In the act of Auto-erotic Asphyxiation or AEA more than one person is usually involved: in the act of AEA usually a woman does the strangling.

So it is possible that Martin Luther died by the means of AEA with the help of his nun wife. 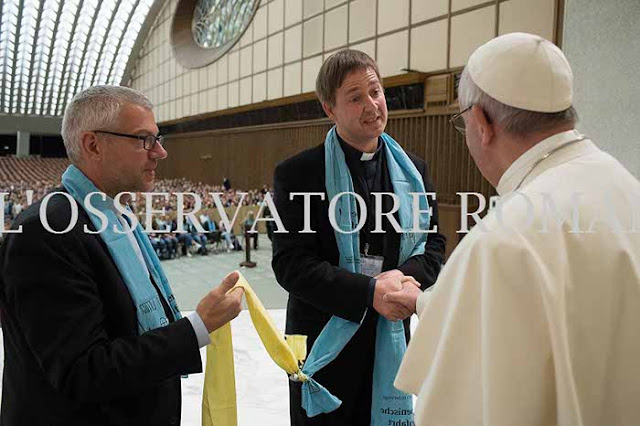 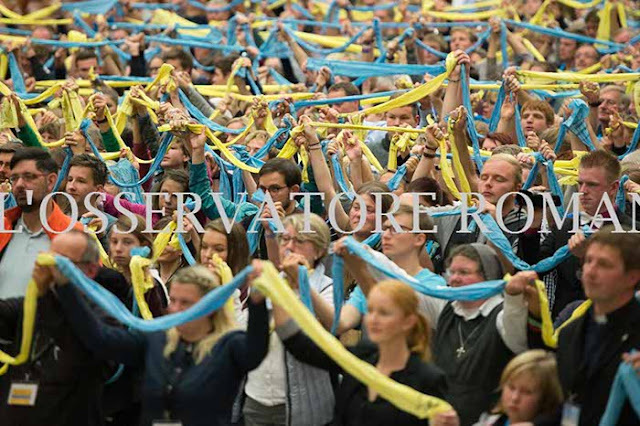 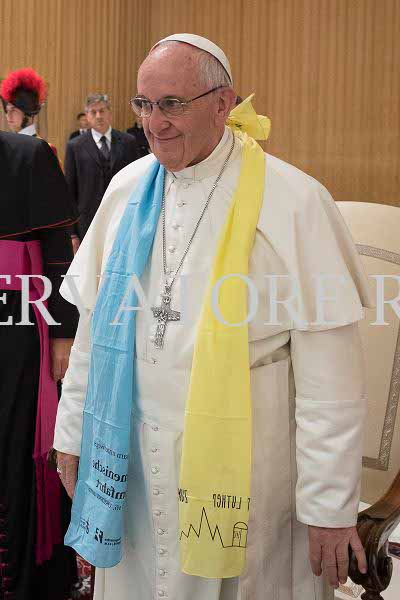