Did The Four Dudia Cardinals Even Attend The Consistory For The Creation Of New Cardinals? WHY IS A SECOND COPY NECESSARY? 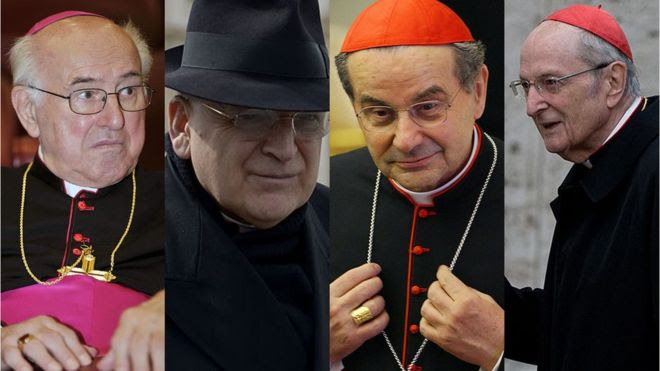 Did these four even attend the Consistory for the creation of New Cardinals 19 NOV 2016?
We are assured that the ONLY reason that the traditional pre-consistory meeting was canceled was because the four Cardinals would be present and would disrupt the meeting by handing a copy of the DUBIA to the Pope that they MAILED to the Pope on 19 September 2016.

As Sandro Magister wrote on November 14, at the consistory of the world’s cardinals now underway “the whole college of cardinals will meet in Rome…. And inevitably the appeal of the four cardinals will become the subject of animated discussion among them.” Francis, however, was not interested in any such discussion. He cancelled the traditional pre-consistory meeting with the cardinals. The respected Vaticanist Marco Tosatti reasonably surmises that had the meeting been held the four cardinals’ dubia would have been presented to him personally “not only by the signatories of the request for clarification, but also perhaps by other cardinals, eager for a decisive word from the Pope.” source

So the Pope would have TWO copies of the DUBIA:

Apparently we are lead to believe that the ONLY room that the four cardinals are able to hand deliver the Dubia to the Pope is in this room:

The four Cardinals are unable to hand deliver a second copy to the Pope in any other venue - like this: 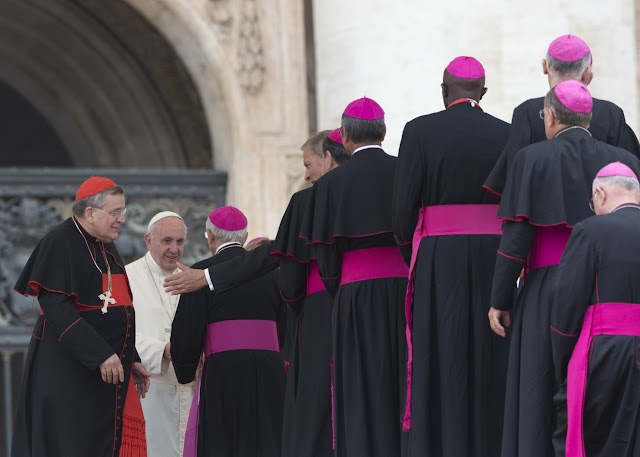 If the Dubia is so important then don't you think that four Cardinals would do anything they could to hand deliver a SECOND copy to the Pope?

What? Because a meeting was cancelled - the four Cardinals fold?

Oh..we wanted to deliver a second copy in the magic room....

Oh...and why does the Pope need a SECOND Copy? How about TRIPLICATE copies? I heard that things done in threes is magical!

All the devils that you don't know
Can all come along for the ride
I wanna be as close as I can get to you.......