Cardinal Raymond Burke The Cowardly Lion! Refuses To Confront the Pope During The Annual Christmas Address To The Curia!

Remember when Traditionalists told us that the pope refused to meet with cardinals in the wake of the four Cardinal letter:

Apparently that was a lie.

Because the Pope sat face to face today with Cardinal Raymond Burke:

Among those listening to Francis’ address inside the Vatican today was Cardinal Raymond Burke, who has threatened to make a formal “act of correction” to the Pope’s modernising plans on giving Communion to the divorced and remarried. After the Pope finished speaking the cardinal was seen briefly greeting Francis and taking his copy of Aquaviva’s book. Source

Yeah...Cardinal Raymond Burke is the coward. Not the Pope. The Cardinal didn't even look the Pope in the eye!

The Cardinal's DUBIA is all a RUSE.... 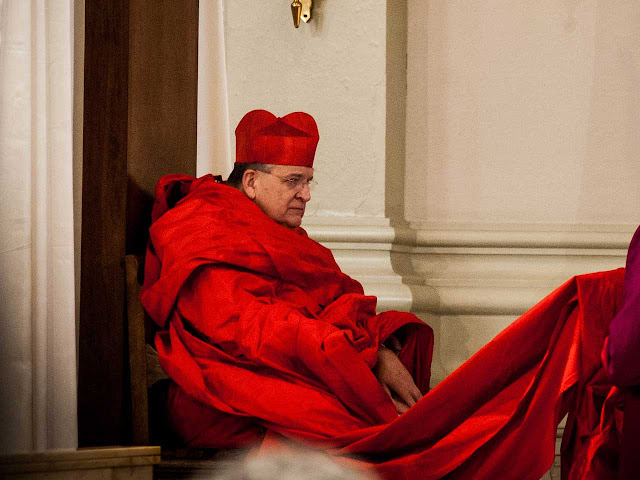