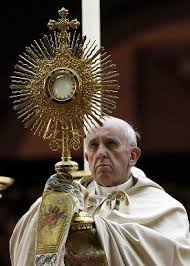 Brought to you by the cult of One Peter Five.

Enjoy the pics and commentary..... 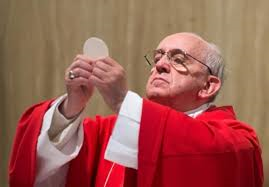 Ana Milan Fr. RP • 21 hours ago I really believe PF & his supporters do NOT believe in God and fear NO retribution whatsoever. They are not true shepherds as we all know and shouldn't be treated as such. False obedience to such charlatans must be eradicated. Cardinal Burke please issue the formal correction you promised us - don't prolong this crucifixion any longer.

Fr. RP Ana Milan • 20 hours ago Do an image search with Pope Francis holding the Eucharist: 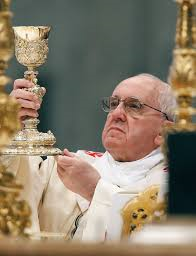 A little frown no? (by the way that is sarcasm, it's a big contemptuous frown) There are far more that look like this than anything else. I haven't posted it before, because of not wanting to go there, but this has disturbed me for a long time now.

Gee I wonder what the cult of One Peter Five thinks a priest should look like when holding the Eucharist: 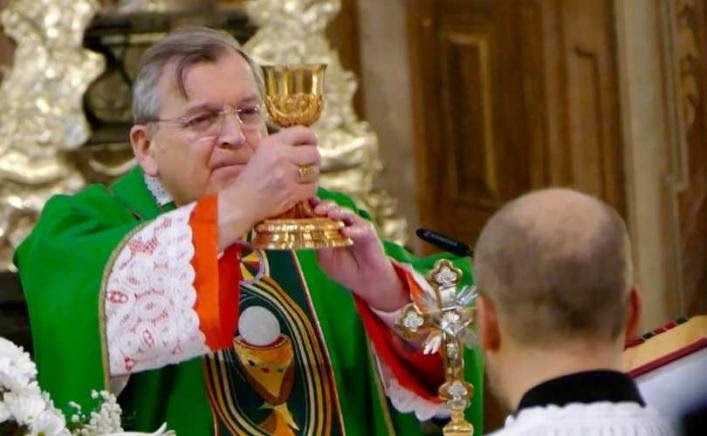 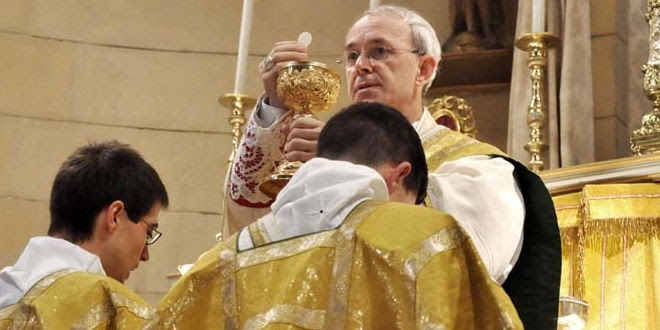 cs Notung • 18 hours ago Such an expression of submissiveness to the King of Kings. Their will is united to God's. Such humble priests. Such a cross to bear on their shoulders as our Lord did His Cross on the way to Calvary. Please continue to pray the Rosary and/or your devotional prayers for these men, and pray for more to love their Lord, as these men do, before themselves.

Fr. RP Jafin • 20 hours ago It is normal for the priest to have an intent look on his face while elevating the host, especially if he is straining to lift our Lord as high as possible, but this is intent plus...something else. If anyone looked at you with this expression what kind of thoughts would go through your head? Gee, that person is really loves me, or wow, why are they so upset with me?

standtall909 Fr. RP • 7 hours ago This is the first time I have seen these screen shots of him holding the Blessed Sacrament during the consecration. Only God can move his heart to conversion, which he MOST DESPERATELY NEEDS!! Conversion for him is what I have been praying for for a long time now, and just by looking at these pictures is confirmation that I was correct in my prayers. May God have mercy on him and move his heart to conversion, he is very obviously NOT in love with Our Lord!! You are so correct, Fr., that these pictures are EXTREMELY DISTURBING!!!!!

Fr. RP Ana Milan • 21 hours ago Unfortunately, I cannot refute you. They definitely appear to have no fear of God which is the best way to end in abject terror.

Margaret Ana Milan • 16 hours ago It will come, Ana. The wheels of Divine Justice grind slowly but they grind to powder.

I like how the prophet Steve hints at impending doom for Pope Francis!