That means he's been divoriced 3X!

This post is not about Mr. Steve Bannon. We all make mistakes. He just made three big ones - breaking a vow before God and man 3x.

This post is about the TARES amongst the Traditionalist WHEAT:

And now we have Latin Mass Traditionalists who hate Pope Francis and hate Amoris Laetitia are some how in love with a 3X divorced Roman Catholic?

Now some are coming to the defense of a Catholic who is not allowed to receive communion in their Latin Mass Churches - because he is a Trumpite.

Some trads are outraged that Sodomite Gary Voris has been outed for his support for Bannon by the NY Times: 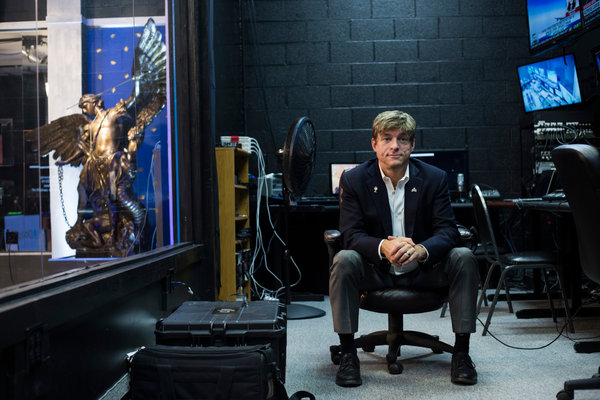 ‘Church Militant’ Theology Is Put to New, and Politicized, Use

A week after Stephen K. Bannon helped engineer the populist revolt that led to Donald J. Trump’s election, Buzzfeed unearthed a recording of him speaking to a Vatican conference of conservative Catholics in 2014. In his presentation, Mr. Bannon, then the head of the hard-right website Breitbart News and now Mr. Trump’s chief strategist, called on the “church militant” to fight a global war against a “new barbarity” of “Islamic fascism” and international financial elites, with 2,500 years of Western civilization at risk. While most listeners probably overlooked the term “church militant,” knowledgeable Catholics would have recognized it as a concept deeply embedded in the church’s teaching. Moreover, they would have noticed that Mr. Bannon had taken the term out of context, invoking it in a call for cultural and military conflict rather than for spiritual warfare, particularly within one’s soul, its longstanding connotation. As the Trump administration prepares to take office, the use of Church Militant theology has gone well beyond its religious meaning and has taken on a political resonance. To fully grasp what “church militant” means in this highly politicized atmosphere, it helps to examine the broader movement and the role of a traditionalist Catholic website called — to no surprise — ChurchMilitant.com. The site’s right-wing stances against globalism, immigration, social-welfare programs and abortion, as well as its depiction of an existential war against radical Islam, mesh with many of the positions espoused by Mr. Trump and his inner circle. (Mr. Bannon did not respond to questions submitted to the Trump transition office.) NYT

Here's the outrage agains the NYT

OK I think its official - Latin Mass Attending Traditionalists are just as foolish as those who attend the new Mass!

Attendance at the Latin Mass does not preserved you from being a stupid and inconsistent hypocrite!