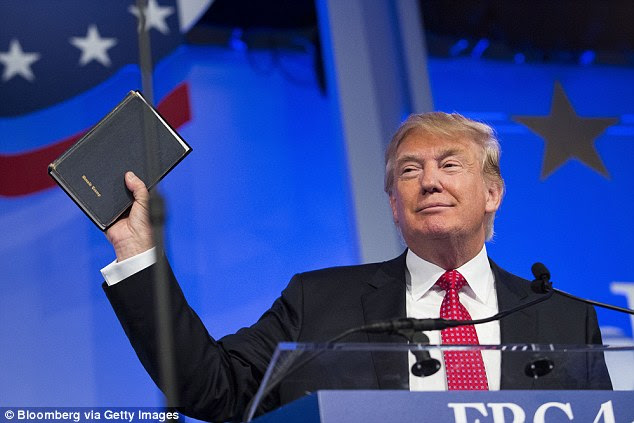 WoW! The restoration of all things Christ begins! When Trump takes the oath of office on TWO Protestant Bibles!

President-elect Donald Trump is taking a belt-and-suspenders approach to the oath of office, pledging to protect and defend the Constitution using both the 'Lincoln Bible' and one he was presented as a boy in 1955. Trump will take the oath on the same burgundy velvet-bound bible used by Abraham Lincoln for his 1961 inauguration, the Presidential Inaugural Committee announced. It's the same bible that Barack Obama used for both of his inaugurations, although the official release doesn't mention his name, only that it got used in '1861, 2009, and 2013.' Trump additionally plans to take the oath on the bible he was given by his mother when he graduated from Sunday Church Primary School at First Presbyterian Church in Jamaica, New York, in 1955.Source

I guess all the traditionalists who voted for Trump will take back every bad thing they ever said about Protestant Bibles!