A crazed gunman who filmed himself killing a grandad before boasting about slaughtering 14 others after he left an Easter church service. Sun

Why did church going ‘Stevie Steve’ go on a killing spree on Easter Sunday?

‘Stevie Steve’ is a protestant who didn't attend the public Holy Sacrifice of the Mass.

‘Stevie Steve’ did not have true Invisible Sacrifice of Heart to God.

Both are necessary to bring peace with God and men.

The crime that ‘Stevie Steve’ committed is not due to lack of gun laws or any other excuse.

The only reason for his crime is due to the actions of a man who neglected to give required public adoration of God in the Holy Sacrifice of the Mass. 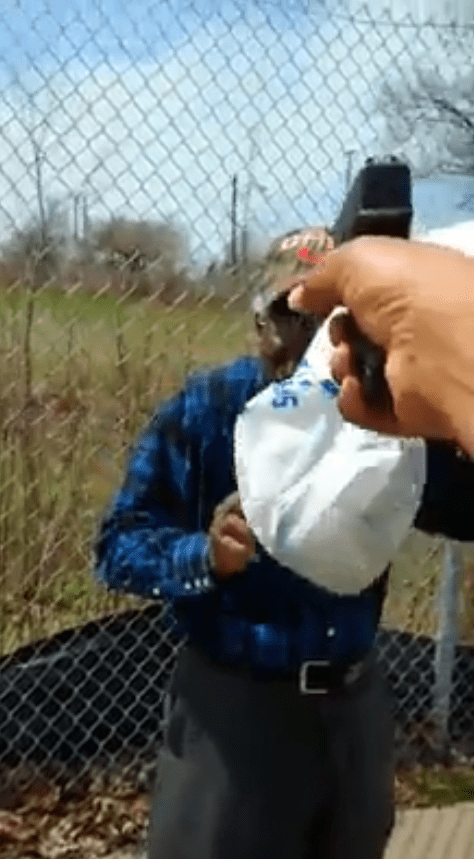 The family describes their father as a kind, patient man who loved to go fishing and took them to church each week. Robert Godwin Sr. had 10 children. Source

No True Visible Sacrifice + No True Internal Sacrifice = No True Peace With God Or With Men.

This applies to ALL of God's creatures - including you.

If you have peace without fulfilling your obligation to God, it is a false peace.

Here read this written 400 years ago:

Two things, have always been much recommended by God, and highly esteemed by men of all sect, and sorts, who firmly believed that there was a God who extended his providence over mankind; first the honor of God, and peace with him; and secondly unity, peace and society amongst themselves. And these two, have always been, chiefly maintained amongst men, by a particular, visible Sacrifice, first offered unto Go upon an Altar, as a scared sign of the invisible Sacrifice of their hearts unto him; and after eaten, or communicated amongst themselves. By offering visible Sacrifice upon an Altar unto God, they solemnly protected the sacrifice of their hearts unto him, publicly adored him with the honor of Latria, or divine worship, which is due only unto him; and visibly made profession of peace, unity, and society with him, and amongst themselves: and by eating of the same Sacrifice, which had been offered unto God, they ratified and established the same peace, and unity, as partakers of that meat, with they had offered unto God for a sacred sign of common union, as generally manifest by experience, in all sects, and sorts of people, of former ages, who firmly believed, there was a God, and that his Providence was not wanting in the government of mankind.  Anonymus Eremita 1637

Restore The Divinely Ordained Authority Of The Holy Roman Emperor