Why You Should Never Ever Send An E-Mail To The Crazy Convert Ann Barnhardt Of Internet Fame......... 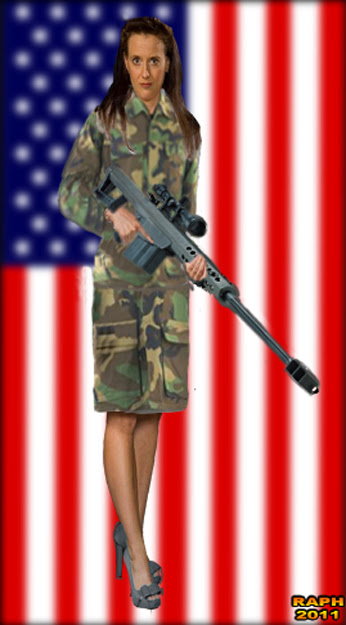 Ann, Thank you so much for your gracious Easter greeting !!

Of course, it obviously only applies to people that think and believe EXACTLY as you do. Anyone else, especially FAGGOTS can rot in Hell for all you care. [Sometimes I think, “Would that it were…” but then I remember that the day I don’t care whether or not the faggots burn in hell for all eternity is the day I will have descended into Diabolical Narcissism as they have, devoid of all charity, even if I never manifest particularly as a filthy, execrable sex pervert. It is the Enemy’s clear angle of attack on me, and I am aware of it.]

You are seriously delusional, paranoid, and psychotic. You should have been committed long ago. [Well, rent would sure as hell be lower, although I dare say the view wouldn’t be quite as good.] In days past, you would have been put in a straightjacket, locked in a padded cell, given daily injections of Thorazine [Since I am not schizoid I think the worst that would happen to me is bloating, which I would indeed find MOST annoying] and frequent Electroconvulsive Therapy treatments [Can that be targeted on the abdominals? I think rich people pay big bucks for that.] If only you could get all of this now – it would help you tremendously. [It is always for “our own good” with you post-modernists, isn’t it? Let me know when and where you get your first guillotine set up. Liberté, égalité, fraternité… ou la mort!]

Ah, the good old days – when there were a lot less lunatics [I think the term you are looking for is CATHOLICS, believing, practicing, orthodox CATHOLICS] like you wandering about and spewing your filthy venom all over the place on the internet. [A few decades ago, people like me were nominal, and people like you were wallowing in the gutters of Amsterdam, Berlin, Bangkok and San Francisco. And by the way, Bruce Jenner is a man.]

You need help. Right away. I’ll pray for you. [I recommend especially St. Philip Neri. Trust me.]

Sent from my iPhone

I try to avoid ALL women so as not to run into a girl like Ann.

Here view this video - I don't know which is worse Ann with her many Guns or these rapping Muslim bitches...maybe Ann and Hilary can do a rap video on the joys of wearing a Veil to Mass......that is if Ann really does go to Mass....how is it that there are more pictures of Ann with her guns posted on line and not one picture of Ann holding a Crucifix while meditating before the Blessed Sacrament in a Latin Mass Chapel? Or any pics of her even attending a Latin Mass and receiving communion on the tongue! I mean, really! if Ann wants to be a MARTYRED SAINT then don't you think that a pic of her receiving communion while kneeling and on the tongue, would make for a beautiful Holy Card, instead of her clutching one of her many guns? Really now!