Rocker Chris Cornell, who gained fame as the lead singer of the bands Soundgarden and Audioslave, has died at age 52, and police said Thursday that his death is being investigated as a possible suicide. Cornell, who had been on tour, died Wednesday night in Detroit, Cornell's representative Brian Bumbery said in a statement to The Associated Press. Cornell had performed a Detroit concert with Soundgarden that night. Bumbery called the death "sudden and unexpected" and said his wife and family are in shock. The statement said the family would be working closely with the medical examiner to determine the cause and have asked for privacy. Detroit police spokesman Michael Woody told AP Thursday morning that he couldn't release details about why police are investigating the death as a possible suicide, but noted there were "basic things observed at the scene." AP

Another famous person dies by means of Auto-Erotic Asphyxiation.

As was with most who die by means of Auto-Erotic Asphyxiation - the body is found with a rope around the neck, pants down etc. The police will claim that the death is an apparent suicide.

When committing AEA a woman is usually present to help along.

Chris Cornell was Baptized a Catholic and attended Catholic School:

Rolling Stone: When was the first time you sang in front of a crowd?

Chris Cornell: At a talent show in sixth grade at Christ the King, my Catholic school in Seattle. I remember being incredibly nervous and also bringing the house down. Teachers were crying. I sang a song called "One Tin Soldier." A girl in my class knew it on piano and accompanied me. Source

Like most Catholics today - Chris no longer practiced the faith.

He died outside the Church. 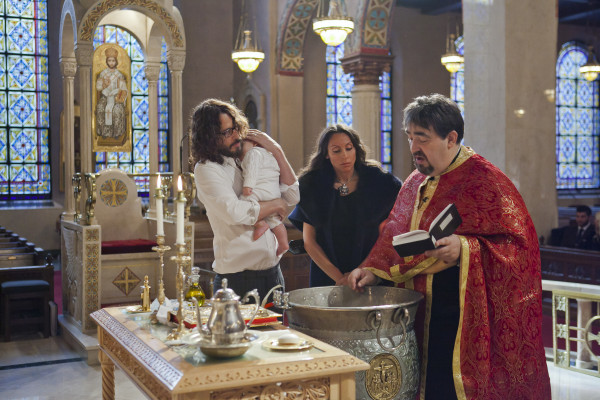