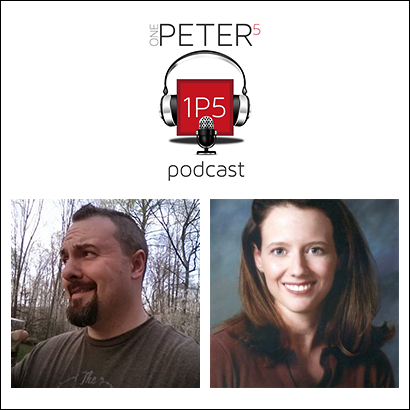 John Paul II was a phenomenologist and kissed the satanic tome of the musloids, the koran, and his so-called “Theology of the Body” is deeply heretical. Source

The canonization of John Paul II. I had a chance to venerate a relic of JP II on the day of the Canonization, and I didn’t. I regret it now, and here’s why: JP II was flat wrong and monumentally negligent in some of his actions during his pontificate. BUT HE KNOWS BETTER NOW. Do we believe or not? JP II has been through his Particular Judgment and now KNOWS EXACTLY WHAT THE DEAL IS. Right? Do you believe that we are judged by Christ Almighty at the moment of death or not? Or is that just more “bee-ess” that “the cool kids” don’t ACTUALLY take seriously? Hmmmm? Well, I believe it. And thus, don’t you think that JP II, knowing better than any of us what the deal is and how monumentally infested and messed-up the Church is today due to his actions and negligence, that he in particular, is able to pray for us and for the Church is an especially efficacious way? I do. I believe in what the Church teaches. Pope St. John Paul II, ora pro nobis. Source

Steve Skojec  raphaelheals  19 hours ago You may not have noticed, but we're not into denial here. The string of post-conciliar papacies have been, on balance, disastrous to the life of faith. The incredible imprudence of a rushed canonization of a man only recently deceased when we are still in the fallout of the post-conciliar age remains, in my opinion, one of the larger mistakes of recent memory. I grew up idolizing JPII like everyone else of my generation. It was with great chagrin that I came to realize how much of what has gone wrong in the Church happened under his leadership, even if it was not the work of his hand. To this day, I believe that he was personally devout, and likely even quite holy, but that he lacked the theological foundation or the concern with the importance of the structures, traditions, and liturgical customs of the Church to preserve them. He was a poor judge of character, as proven by his appointments and his alliances with men like Maciel. He was, by all accounts, a religious indifferentist, which is a hard thing for me to reconcile with Catholic sainthood. He was liturgically tone deaf, allowing great irreverence to make its way into the central act of worship in the Church as offered by the man who should have modeled its paradigm. The present pontificate, while far worse than anything that happened during JPII's tenure, wouldn't have been possible without his. The Church says he is a saint, so I am compelled to give my assent. But I do not think his is a pontificate that should be emulated in all of its aspects. I am grateful for the good he did, but saddened by the things he allowed. It will take a great deal of time for that damage to be mended.****


Steve Skojec Michael 11 hours ago A point the Legionaries used in their own tireless PR efforts long after he was dead and buried.

Steve Skojec @FMShyanguya 11 hours ago The Great and Saintly pope who made so much of this possible? Undo me.

Steve Skojec @FMShyanguya 11 hours ago Your blindness as regards everything post Vatican II and pre-Francis is embarrassing. I'm thankful you can at least see that the present emperor wears no clothes.

Steve Skojec @FMShyanguya 12 hours ago Your idolatry of JPII appears to be the real problem. Source

"The Church says he is a saint, so I am compelled to give my assent." Stevie S.

Stevie says Pope John Paul II is NOT a Saint!

Ann says Pope Francis Is NOT the POPE!

Gee too bad Hang Gun Annie & Star Wars Stevie didn't have a Roman Emperor to rule over them to settle this dispute!