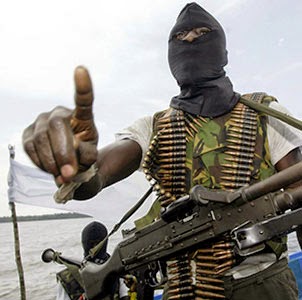 UPDATE: NOT A SUICIDE

“One of the doctors who performed the autopsy on Mgr. Balla’s body revealed that one arm and one leg were fractured while his genitals were mutilated. With these elements, we can safely discard the hypothesis of suicide.” Source


THE POPE TO THE BISHOPS OF CAMEROON: EVANGELISATION IS CLOSELY LINKED TO HUMAN DEVELOPMENT

Vatican City, 6 September 2014 (VIS) – Today Pope Francis received the prelates of the National Episcopal Conference of Cameroon at the end of their five-yearly “ad limina” visit. At the end of the audience the Pope expressed his encouragement and confidence in the bishops, whose visit to Rome underlined the spirit of communion with the Apostolic See, and handed them his written discourse, in which he writes that “for the Gospel to profoundly touch and convert hearts, we must remember that only our unity and love make it possible to bear witness authentically and effectively”. “You must keep unity and diversity closely linked in order to accommodate the human and spiritual wealth of your dioceses, that is expressed in many ways”.

Pope Francis mentioned the good collaboration between the Church, the State and society in Cameroon, as shown recently by the signing of a framework agreement between the Holy See and the Republic of Cameroon, and invited the prelates to put this agreement in practice, “so that legal recognition of many ecclesial institutions will enable them to exercise greater influence, to the benefit not only of the Church but also of the whole of society in Cameroon”. In this context, he also referred to the considerable commitment on the part of the local churches in social work, especially in the fields of education, health and charity, that is recognised and appreciated by the civil authorities and must be the fulcrum of “a fruitful collaboration between the State and the Church, with full respect for her freedom. Commitment to social work is an integral part of evangelisation, as there is an intimate link between evangelisation and human development, which must be expressed and developed in all evangelising work”.

The action of evangelisation will be more effective when the Gospel “is truly lived by those who have received and profess it. This is how we find the way of drawing to Christ those who do not yet know Him, demonstrating the power of His love that is able to transform and illuminate human life”. Given the significant presence of Muslims in some dioceses, the Pope encouraged the bishops to “develop a dialogue of life with them, in the spirit of mutual trust”, which is now “essential to maintain a climate of peaceful co-existence and to discourage the development of the violence that Christians are victims of in certain regions of the African continent”.

He continues, “Families, equally, must continue to be the focus of your particular care, especially today as they experience grave hardships – poverty, the displacement of peoples, lack of security, the temptation to return to ancestral practices incompatible with the Christian faith, or even new lifestyles promised by a secularised world”.

It is also essential that the clergy “offer witness to a life inhabited by the Lord, coherent with the demands and the principles of the Gospel”, he writes, inviting the prelates to be fathers attentive to their priests, so that they are helped to avoid the temptations of power, honours and money. “In relation to this latter point, the negative example that may be given by poor management of goods, personal enrichment or wastefulness will be particularly scandalous in a region where many people lack basic necessities”. Similarly, “the unity of the clergy is an indispensable element in the witness to the risen Christ … and which depends upon unity among bishops, who are often faced with the same challenges and called upon to offer common and joint solutions, as well as the unity of the 'presbyterium' that the Lord calls on us to build every day, setting aside all forms of prejudice, especially on the basis of ethnicity”.

The Pontiff finally offers encouragement to consecrated persons, whose life is “always a prophetic witness and model in matters of reconciliation, justice and peace” and concludes by urging the prelates of Cameroon not to fear difficulties and to continue to proclaim the Good News with a renewed missionary spirit “to all those who still await it or are most in need”.