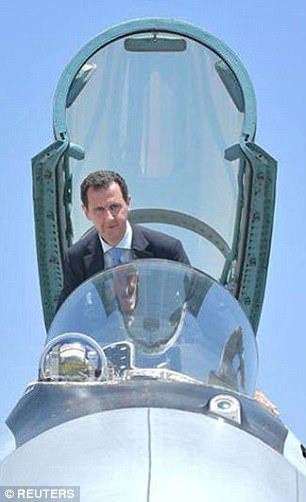 Just days after performing Muslim Eid al-Fitr prayers at Mosque in Hama, the RAD TRAD Hero pays a visit to the Russian Air force base in Syria:

Syrian president Bashar al-Assad grinned as he was shown around a Russian airbase in his wartorn country - shortly after US authorities warned he is planning another attack on his people. Assad was greeted by officials at Russia's Hmeimim air base in western Syria, and was pictured climbing into the cockpit of a fighter jet. It happened on a day when the Pentagon said it detected 'active preparations' by Syria for a chemical weapons attack, giving weight to a White House statement hours earlier that the Syrian government would 'pay a heavy price' if it carried out such an attack. Daily Mail Read More>>>>>> 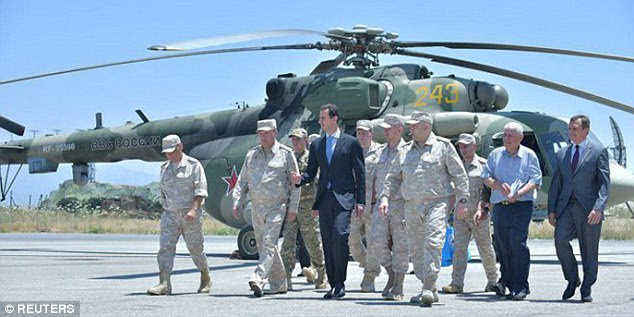