Most Reverend Emmanuel Milingo, native of Zambia, former Archbishop of Lusaka, Zambia, is the founder of an order of nuns with convents in Zambia and Rome. He now works in the Vatican and is Special Delegate of the Pontifical Council for the Pastoral Care of Migrants and Itinerants. Archbishop Milingo is the author of Face to Face with the Devil and other books, and travels throughout the world preaching and healing. We are honored by his presence today as he has just returned from a hectic speaking tour and will be leaving Rome shortly to continue his travels giving even more talks. Fr. Gruner's Fatima Crusader 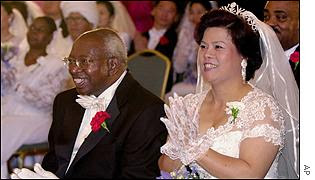 WASHINGTON — Archbishop Emmanuel Milingo, whose 2001 marriage caused an international scandal within the Roman Catholic Church, set out on a new mission Wednesday to override church rules and let married priests continue their ministries. / The Zambian archbishop said he was championing the cause of married priests even before his marriage, but his new goal is to end the church’s celibacy rule. WP 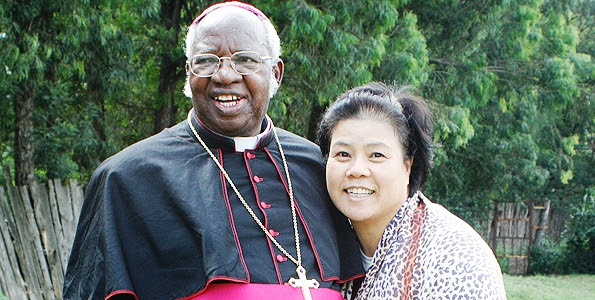 Milingo defrocked by the Catholic Church