Steven A. Krueger, president of Catholic Democrats, has lashed out at EWTN branding it a “Catholic-right media outlet” akin to the extremist outfit, Church Militant. The latter is a screwball website with little or no influence. EWTN is a well respected source of Catholic teaching and commentary, one that has won the plaudits of many bishops, as well as millions of Catholics, both at home and abroad. Founded by Mother Angelica, EWTN is the most influential Catholic media outlet in the world.

Krueger’s occasion to smear EWTN is a column he wrote defending a poorly conceived, and wrongheaded, analysis of Catholic-Evangelical relations; it was written by Father Antonio Spadaro, editor of a Jesuit publication in Rome, and a Protestant minister. The co-authors argued that Church Militant was an example of why the alliance between Catholics and Evangelicals is troubling.

In point of fact, Church Militant has never been a player in this alliance, so the criticism is absurd, showing an ignorance of American political culture that is stunning. By contrast, EWTN has certainly sought good relations with all religions, and for that it should be applauded. So what is Krueger’s beef with it?

The best he could do—or is he plain lazy?—was to quote the titles of a few recent shows. As evidence of EWTN’s nefarious agenda, he cites a show called, “Reality Check, The Last Four Things: Death, Judgment, Heaven, Hell.” Doesn’t take much to scare this guy.

What is Krueger afraid of? Losing, that’s what. One might have thought he would have become accustomed to it by now. After all, he’s the founder of the disgraced Voice of the Faithful, the dissident organization that has less money than a homeless man in Peoria. A good Democrat, he defends Roe v. Wade, the decision that legalized abortion-on-demand, a position most Americans reject.

Another Catholic teaching that Krueger rejects is the apostolic status of the bishops. He recently told his pro-abortion friends at the New York Times that “the centralized, institutional authority of the Catholic Church is often conflated by the general public to represent the views of all Catholics. However, Catholics in the pews cover the spectrum of political thought, as do our bishops.”

There is another organization that “advocates and supports programs and policies that respect and promote life from conception to natural death. This includes, but is not limited to, opposition to abortion, capital punishment, and euthanasia.”

Krueger has every right to be worried about the Catholic-Evangelical alliance. It is getting stronger, led by a president who, unlike his predecessor, opposes child abuse in the womb.

God bless EWTN for trumpeting the truth, and for its inclusiveness—Evangelicals and Catholics work well together. No need to be scared, Krueger, just worried. Source 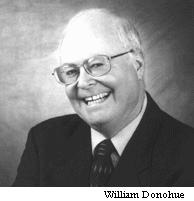