Headline over at Rad Trad Canon212:

Father of Charlottesville killer sends out weird faux-Christian message: “I pray my prodigal son will renounce his hateful beliefs and return home. Then and only then will I lay out the feast.”

Don't really know the purpose of the headline - other than to defend the boy and mock the father? At least that's how it comes across.

Why would Rad Trad Canon212 even bother?

Is the Rad Trad editor making an attempt to defend the Nationalist March on Charlottesville? 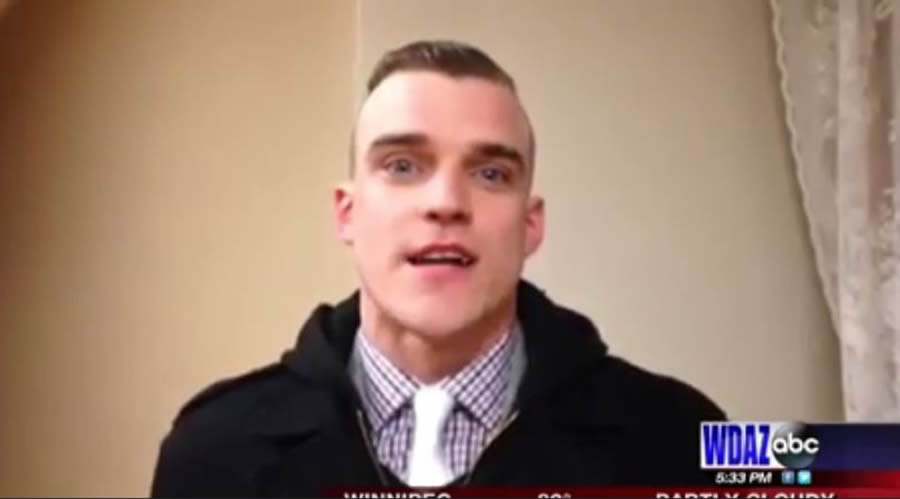 Here is the father's letter:

My name is Pearce Tefft, and I am writing to all, with regards to my youngest son, Peter Tefft, an avowed white nationalist who has been featured in a number of local news stories over the last several months.

On Friday night, my son traveled to Charlottesville, Va., and was interviewed by a national news outlet while marching with reported white nationalists, who allegedly went on to kill a person.

I, along with all of his siblings and his entire family, wish to loudly repudiate my son’s vile, hateful and racist rhetoric and actions. We do not know specifically where he learned these beliefs. He did not learn them at home.

I have shared my home and hearth with friends and acquaintances of every race, gender and creed. I have taught all of my children that all men and women are created equal. That we must love each other all the same.

Peter Tefft, my son, is not welcome at our family gatherings any longer. I pray my prodigal son will renounce his hateful beliefs and return home. Then and only then will I lay out the feast.

His hateful opinions are bringing hateful rhetoric to his siblings, cousins, nieces and nephews as well as his parents. Why must we be guilty by association? Again, none of his beliefs were learned at home. We do not, never have, and never will, accept his twisted worldview.

He once joked, “The thing about us fascists is, it’s not that we don’t believe in freedom of speech. You can say whatever you want. We’ll just throw you in an oven.”

Peter, you will have to shovel our bodies into the oven, too. Please son, renounce the hate, accept and love all. Source