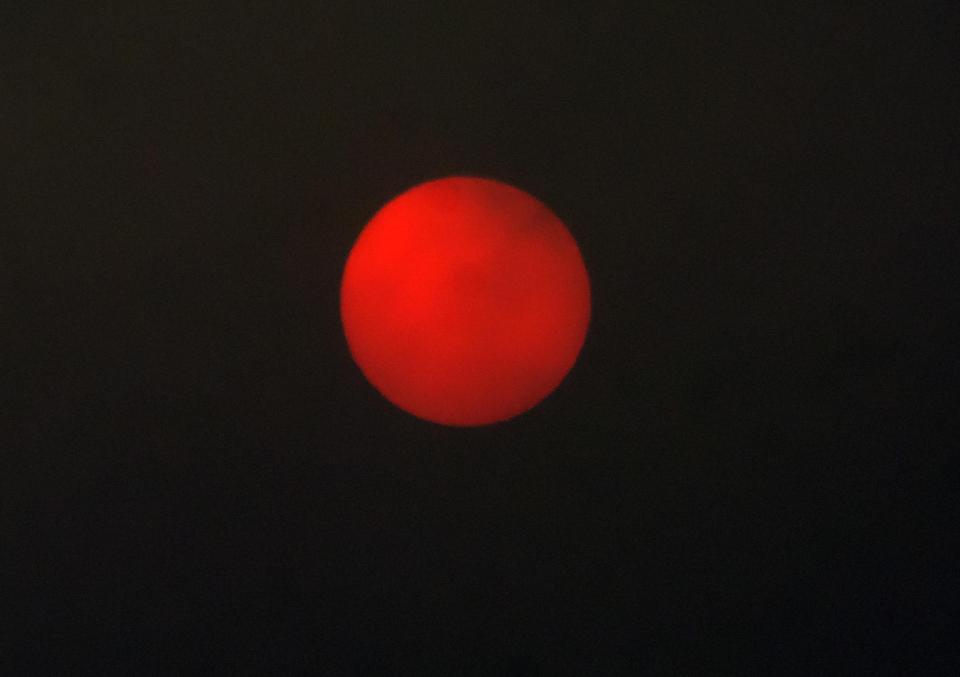 All the universe will be struck with terror and many will let themselves be lead astray because they have not worshipped the true Christ who lives among them. It is time; the sun is darkening; only faith will survive. Our Lady of La Salette 19 Sept. 1846 (Published by Mélanie 1879)

Here is just another strange event since the Great American Eclipse:


A red sun spotted in the sky over parts of England has been caused by Storm Ophelia. The unusual occurrence was seen in the south west during the middle of Monday morning, with a number of people sharing photos and video online of the phenomenon.Sharon Derrick shared a video of the sun over Bristol and said: "Bristol looks like the film The Red Planet... the weather is bizarre." Source

It is time; the sun is darkening; only faith will survive.....