“There is a front of traditionalist groups, just as there is with the progressivists, that would like to see me as head of a movement against the Pope. But I will never do this. I have served the Church with love for 40 years as a priest, 16 years as a university professor of dogmatic theology and 10 years as a diocesan bishop. I believe in the unity of the Church and I will not allow anyone to exploit my negative experiences of recent months. Church authorities, on the other hand, need to listen to those who have serious questions or justified complaints; not ignoring them, or worse, humiliating them. Otherwise, unwittingly, the risk of a slow separation that might lead to a schism may increase, from a disorientated and disillusioned part of the Catholic world. The history of Martin Luther’s Protestant Schism of 500 years ago, should teach us, above all, what errors to avoid.”

“The Pope confided to me: ‘Some have told me anonymously that you are my enemy’ without explaining in what way” he recounts unhappily. “After 40 years at the service of the Church, I had to hear this: an absurdity set up by prattlers who instead of instilling worry in the Pope they would do better visiting a 'shrink'. A Catholic bishop and cardinal of the Holy Roman Church is by nature with the Holy Father. But, I believe, as Melchoir Cano, the 16th century theologian said, that the true friends are not those who flatter the Pope, but those who help him with the truth and theological, human competence.” In all the organizations of the world, delatores of this type serve only themselves.”

“The tensions in the Church arise from the contrast between an extremist traditionalist front on some websites, and an equally exaggerated progressive front which today seeks to credit themselves as super-papists”. Source 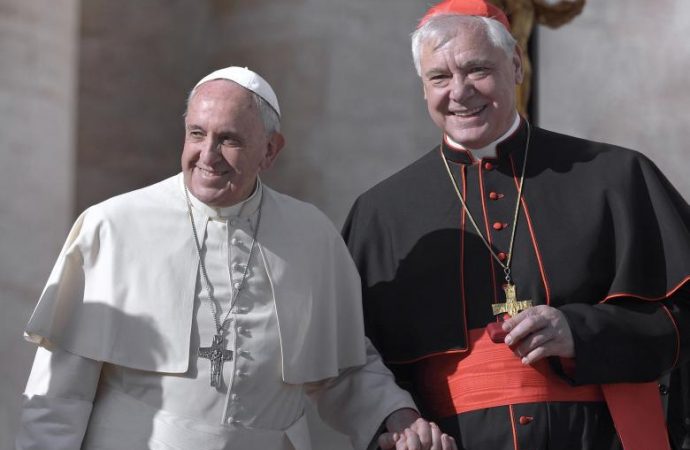