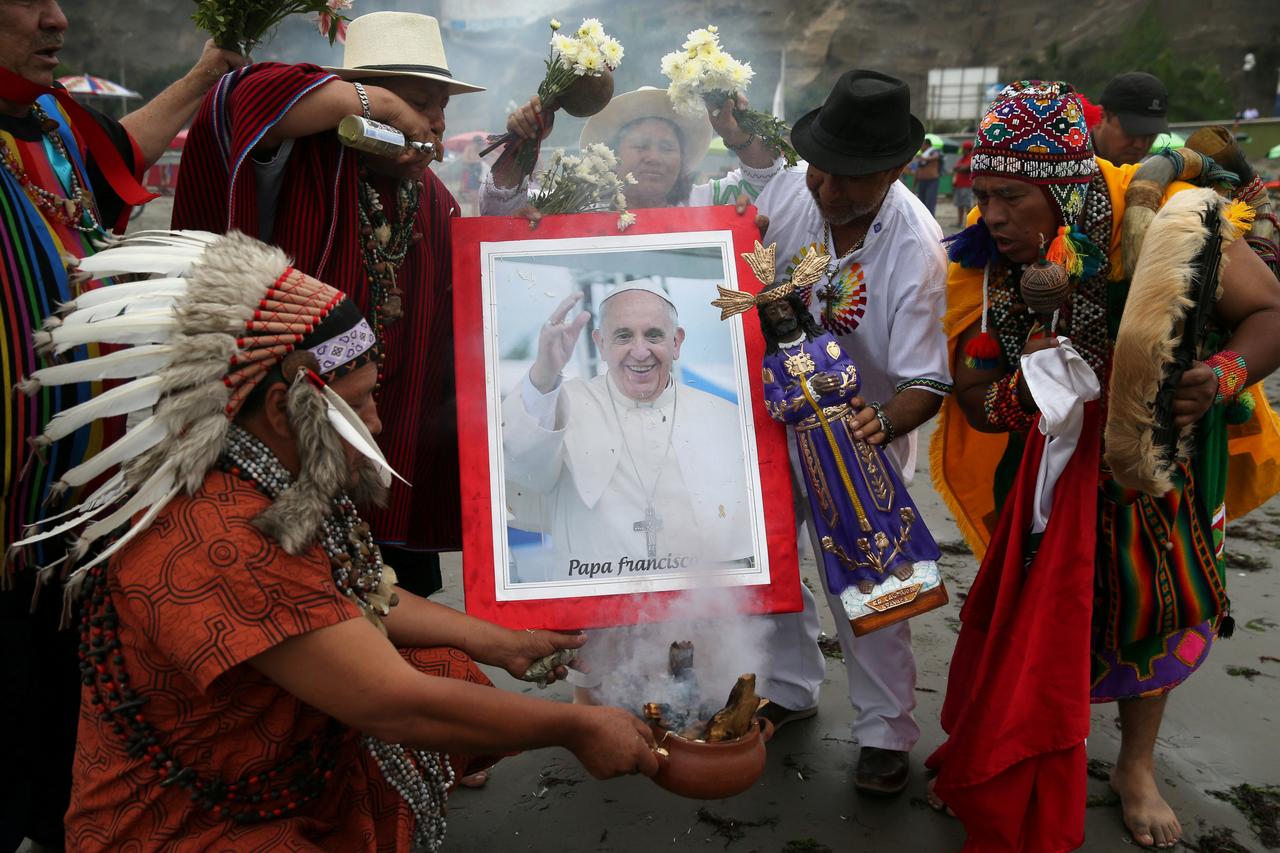 How reliable are these pagans?

LIMA (Reuters) - Peruvian shamans said on Wednesday they expect good news from the visit of Pope Francis to the Andean nation, and held rituals on a beach near Lima to give him strength to fight against accusations of sexual abuse that have plagued the Roman Catholic Church.Dressed in ponchos, the shamans passed rue leaves - believed to ward off evil and bring good luck - over photos of the Argentine pontiff, and stood by the ocean playing percussion instruments. The pope lands in Peru on Thursday after finishing a trip to neighboring Chile. He will visit the Amazon jungle city of Puerto Maldonado and the northern city of Trujillo as well as the capital, Lima. “I see it going very well, above all in Trujillo and Puerto Maldonado. There will be good news and we ask the pope to pray with all the Andean priests,” said shaman Juan Osco, as he tossed flower petals over the pope’s image. Source 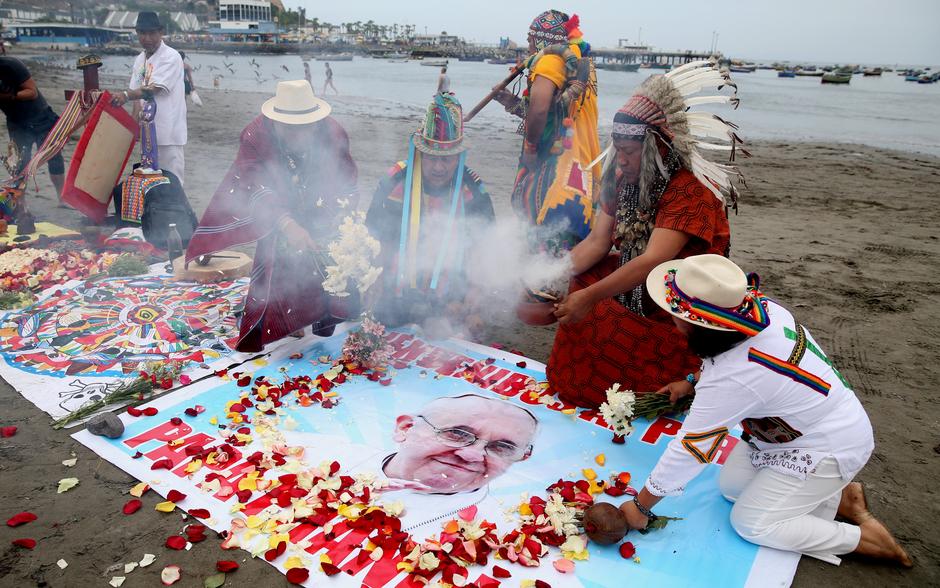 Pope Francis will arrive at the Lima airport on Thursday afternoon, January 18. On Friday morning, he will meet with the president of Perú and other public figures before leaving for Puerto Maldonado in the middle of the Amazon. The pope will meet with representatives of indigenous populations there. On Saturday, Pope Francis will travel to Trujillo, in the north. He will visit those affected by the El Niño storm, the strong rains that left 100 dead and 141,000 displaced in early 2017. On Sunday, the last day of the trip, Pope Francis will celebrate Mass at Las Palmas Air Base in front of the image of the Lord of the Miracles. This will be the pope's last ceremony before returning to Rome, where he is scheduled to arrive shortly after 2 p.m. on January 22. Source 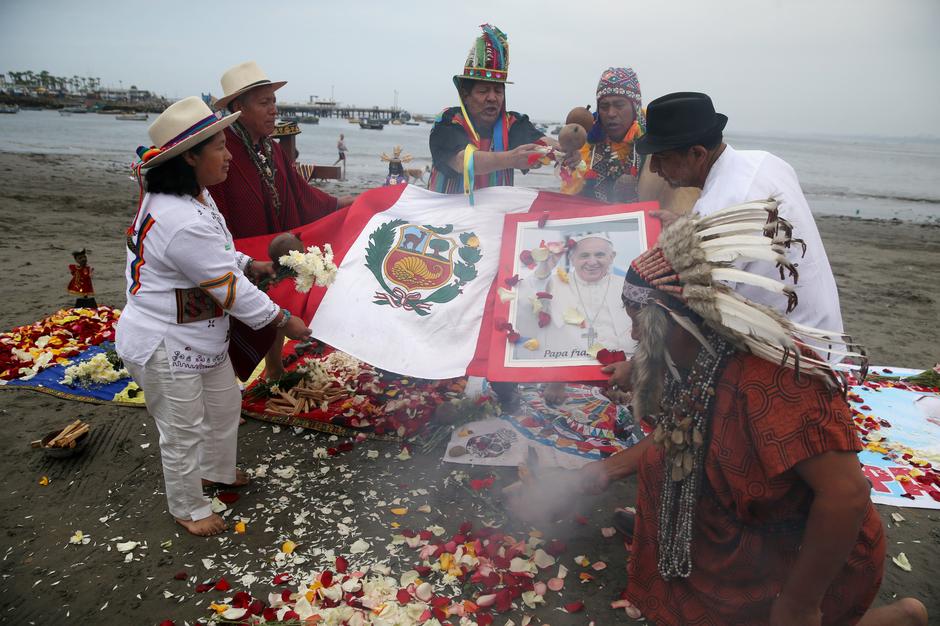