Rad Trad Layman Louie Prays For Heretic Billy Graham Who Died Outside The One True Church! What? 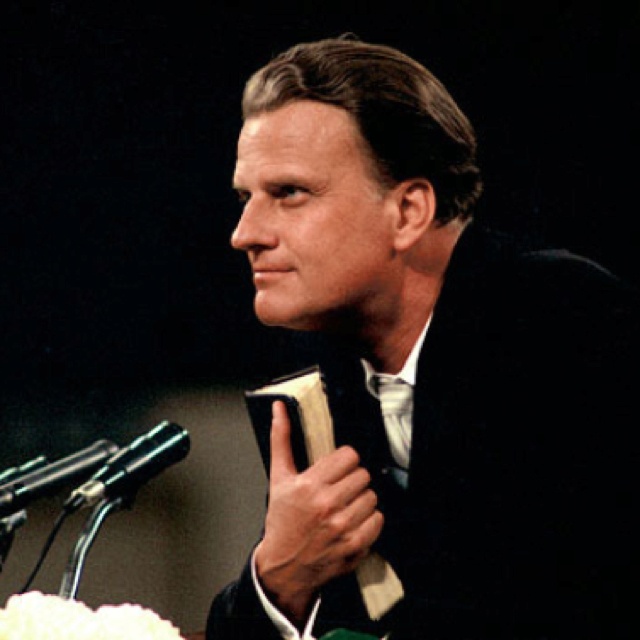 Famous American “evangelist” Billy Graham has died. Let us pray for him, confident that Our Lord will render perfect justice unto this man who enriched himself by preaching a false gospel; one that encouraged countless souls to die as he did without the aid of the sacraments, outside the one true Church of Christ. Source

Why does layman Louie pray for someone who he calls a heretic and dies outside the one true Church of Christ?

Why waste your time?

Oh...I see we are suppose to believe that layman Louie is somehow charitable......he prays for those he sends to hell...

Then Louie says this:

I would be delighted to see Billy Graham “canonized,” not because I delight in seeing God mocked, but because such would presumably awaken some of those who are pleased to call John Paul II “saint,” opening their eyes to the true extent of the present crisis. Source

Of course the whole piece is directed at the Churchmen whom Louie despises.

Layman Louie's compliant is that some have been declared Saints that Layman Louie does not approve of.

Again. you're a layman you can do nothing. You're not allowed. You have no authority in the Church.

It doesn't matter what the Pope does or doesn't do.

It doesn't matter what the Bishop does or doesn't do.

It doesn't matter what the Priest does or doesn't do.

Can you imagine Layman Louie living during the reign of the Antichrist! LOL!

Follow the example of these faithful few who will have to live during the reign of the Anti-Christ.

Oh and I will not pray for Billy Graham because I'm not an idiot.