Was The Founder Of Society of St. John Cantius Fr. Phillips Teaching His Parishioners That Pope Francis Is NOT The POPE? 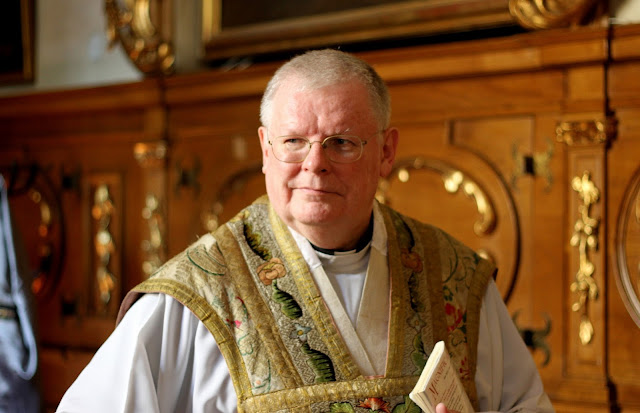 Some parishioners are so bold as to declare that Pope Francis is not the Pope!

Where do the sheep get the idea that the Pope is not the Pope?

From their Shepherd - Fr. Phillips?

Or from one of their own?

What sheep at St. John Cantius Parish is spreading the Ann Barnhardt doctrine that Pope Francis is not the Pope?

Here is the reasoning from one Sheep at the St. John Cantius Parish:

I don't think Jorge Mario Bergoglio is the Pope.

I used to, until recently. I don't anymore.

By the way, as should be obvious by now, I don't care what anyone thinks of me for saying that. Nor do I have any patience with those who claim that while it may be true that he isn't the Pope, no Catholic has the right to pronounce on it, or say it, or it shouldn't be said publicly because it would cause confusion among the faithful, etc.

Confusion among the faithful.

As if believing that Bergoglio is pope, isn't confusing enough.

No more griping. Let's get down to it.

People have made three sorts of arguments for believing Bergoglio is not the Pope (I'm not saying I agree with them all):

1. There were problems with Benedict's "abdication" that render it invalid.

2. There were problems with Bergoglio's election that render it invalid.

3. Bergoglio is a public and formal heretic and, thus, has forfeited the office.

There are many things about Benedict's abdication that are fishy, odd or questionable, and some things about Bergoglio's election that are, at least potentially, legally suspect. But I have never found those arguments against Bergoglio being Pope to be especially convincing.

But I think the third argument is very strong. Source

And by St Patrick's Day The Founder Of Society of St. John Cantius Fr. Phillips was gone.

That's little over a Novena.

The Sheep that was telling other Sheep at St. John Cantius Parish that Pope Francis is not the Pope has great sway at the Parish - he is the go to blogger on all things St. John Cantius.

So one has to think that Fr. Phillips must of been aware about the post declaring that Pope Francis is no longer the Pope.

Fr. Phillips did not correct his flock in spreading this lie about Pope Francis.

Why didn't the Shepherd correct his flock?

And why did the Sheep take advantage of the sleeping Shepherd?

This Holy Week at St. John Cantius will not be the same.