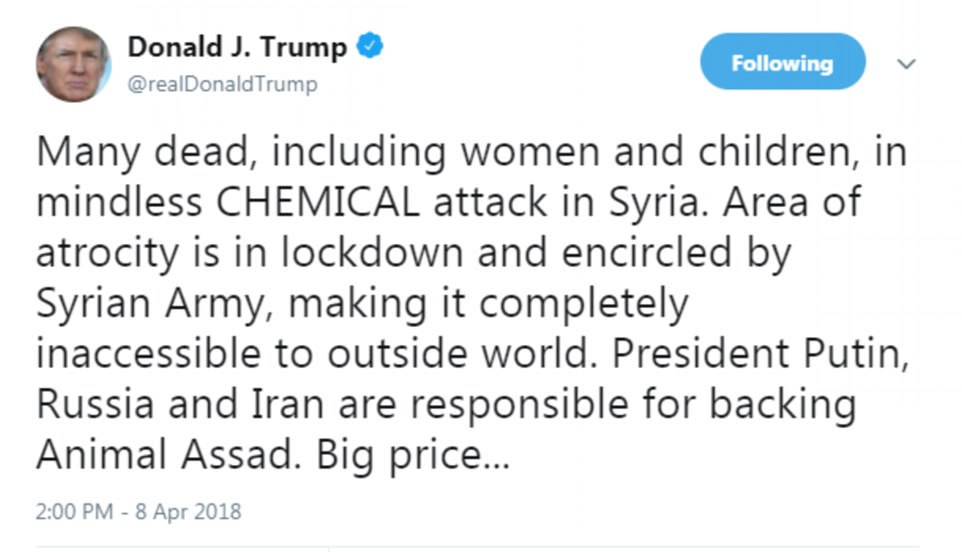 What a confusing day in the Rad Trad Camp...their hero Trump who is to restore all things in Christ called Putin and Assad ANIMALS!

Problem is - is that Putin and Assad are also supposed to restore all things in Christ.....

'Instruments of extermination': Pope joins Britain and US in CONDEMNING Syrian 'nerve agent' bomb that killed more than 70 people and left dozens of children foaming at the mouth - but Russia and Assad DENY it was a chemical attack

Britain and the US have hit out at Russia for its support of the Syrian government after activists and rescuers said a poison gas attack on a rebel-held town near Damascus killed at least 70 people on Saturday. The alleged attack in the town of Douma occurred on Saturday night amid a new offensive by Syrian government forces after the collapse of a truce, while government airstrikes resumed today on the last rebel stronghold in Eastern Ghouta. A joint statement by the medical relief organisation Syrian American Medical Society (SAMS) and the civil defence, which operates in rebel-held areas, said dozens of people had died in the chemical attack with many others killed in government airstrikes. The US State Department said Moscow had to bear responsibility because of its support for Syria, while the UK Foreign Office called on Russia and Iran to stop violence against civilians. The Kremlin and Assad regime denied the attack had taken place. UK Foreign Secretary Boris Johnson said it was 'truly horrific to think that many of the victims were reportedly families seeking refuge from airstrikes in underground shelters'. Pope Francis joined the international condemnation of the reported attack, saying it was an unjustifiable use of 'instruments of extermination', while President Donald Trump warned of a 'big price to pay' for Russia and Iran. Source 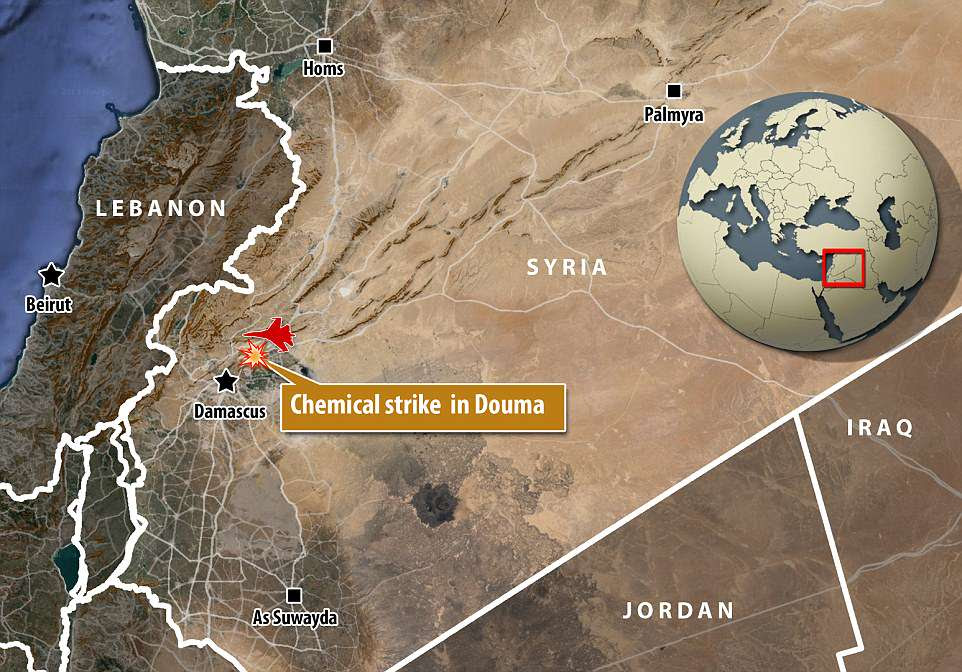