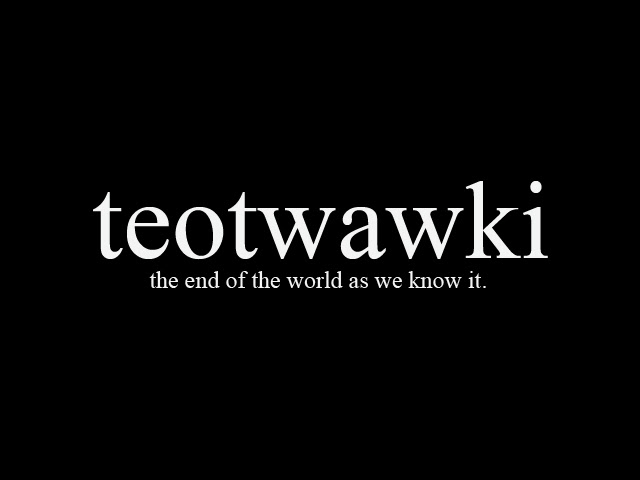 The Four Beasts in Daniel is a case in point.

All Church Fathers are in agreement that the Fourth Beast is the ANTICHRIST.

They are not in agreement on the other Three Beasts.

This is because the Church Fathers did not know about Modern Technology.

Today it is much easier to identify the other Three Beasts.

One thing to notice is that the Fourth Beast - the ANTICHRIST - will destroy the other Three Beasts.

This tells us one thing.

This is lost on men like Fr. Z who is concerned that he will lose access to Social Media when some natural or man-made disaster hits:

After some rogue nation lights off a passel of nukes and EMPs everyone, or after the next Carrington Event – which is bound to happen someday – slams your planet back into the 17th century, we are going to have to make some changes.  One of the changes for the few who survive the terrors of urban chaos, disease and starvation will be the elimination of most Saturday evening Masses.  The handful of priests who survive will have to say Mass in the morning light, just as we always did.   That’s a positive, right?  We will also have to find new ways to entertain ourselves.  I, for example, won’t be able to fire up Netflix and watch the reboot of Lost In Space which a friend of mine convinced me was worth while.   No, we will have to band together and get creative. Source

Well no. You will not lose the use of Social Media until the ANTICHRIST is made manifest which will not be until his forerunner makes an appearance and murders the Fatima Pope - which is a long way off.


So Fr. Z is wrong when he says that our planet will one day be pushed back to the 17th century - losing all Social Media etc....

Again Modern Technology will be completely destroyed by the ANTICHRIST at the End of Days.

We may have pockets of disaster here and there but the majority technology should remain intact.