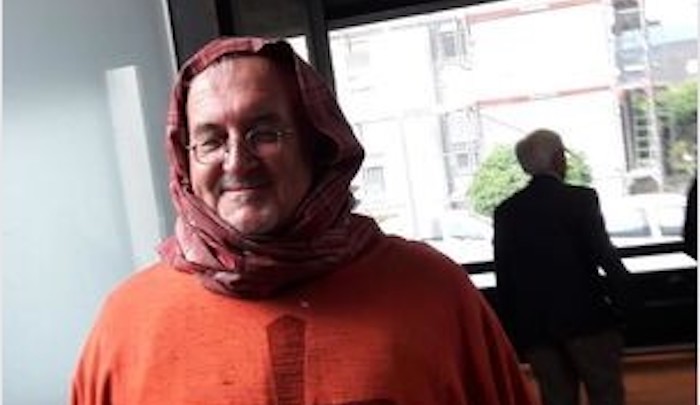 "Give not that which is holy to dogs; neither cast ye your pearls before swine, lest perhaps they trample them under their feet, and turning upon you, they tear you." Mt.7.6

I think this is the main reason why new mass saying priests are being murdered by Muslims - the priests are told to give communion to non-catholics.

Many Muslims probably unworthily receive communion at the behest of the priest. Later these same Muslims murder the priest, thus fulfilling the above words of Our Lord.

God punishes both those who unworthily receive and those priest who give communion to non-Catholics.

The new mass goers foster this type of evil behavior.

The priest of Our-Lady of Aalen in Germany, Wolfgang Sedlmeir, made his disapproval of AfD leader Alice Weidel after her remarks on the Islamic veil, by wearing one during the Pentecostal sermon. “I can tell you that burqas, headscarf girls and men armed with knives living on welfare, will not assure our prosperity nor our economical growth and even less our welfare state,” Weidel said[.] Weidel’s remarks, made during a debate in the German parliament, sparked the anger of Sedlmeier. To protest against what he perceived as “offensive and condescendent [sic] remarks”, he wore an Islamic veil during his sermon and was met with applauds [sic] by his audience. “Anyone who discriminate against people who follow their faith and hose [sic] to cover their heads, is going against human dignity and the Pentecostal’s spirit”, explained Sedlmeier. Source