Nationalist Rad Trad Mundabor: My Hopes Rest In The Nationalism Of The Lega Nord.... 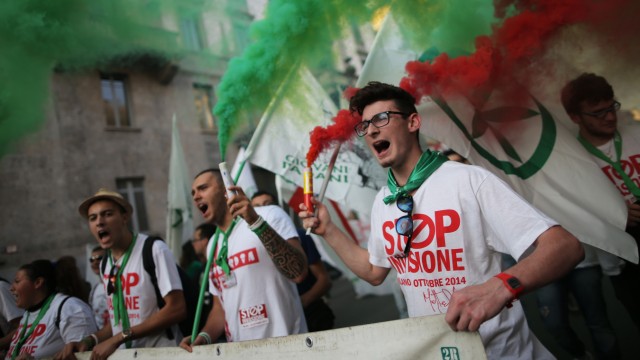 I have always said that the majority of Latin Mass goers are Nationalists.

The writers over at Mundabor are all for Nationalism see here

The bad and rotten fruit of Lega Nord Nationalism:

A forerunner of the Antichrist, with his troops gathered from several nations, will fight against the true Christ, the only Saviour of the world. He will shed much blood and will want to annihilate the worship of God to make himself be looked upon as a God. Our Lady of La Salette

The Holy Father....... was killed by a group of soldiers who fired bullets and arrows at him, and in the same way there died one after another the other Bishops, Priests, men and women Religious, and various lay people of different ranks and position. Our Lady of Fatima

The Rad Trad Nationalists from various nations will be gathered together under one banner and that banner will be that of the Forerunner to the Antichrist.