Our Lady Of La Salette On Italy, France Tensions Spiral Over Rejected Ship......France, Italy, Spain, And England Will Be At War. 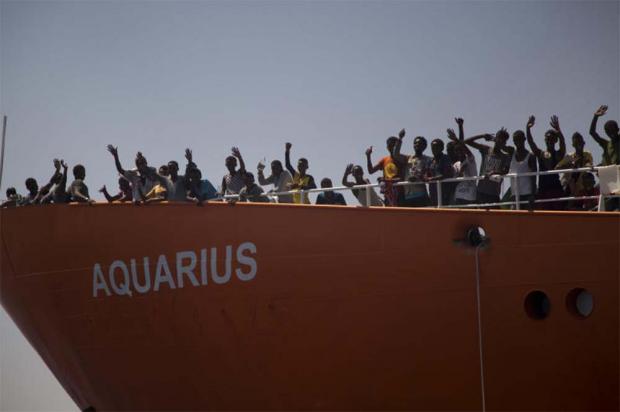 “France, Italy, Spain, and England will be at war. Blood will flow in the streets. Frenchman will fight Frenchman, Italian will fight Italian. A general war will follow which will be appalling. For a time, God will cease to remember France and Italy because the Gospel of Jesus Christ has been forgotten. The wicked will make use of all their evil ways. Men will kill each other; massacre each other even in their homes. Our Lady of La Salette 19 Sept. 1846 (Published by Mélanie 1879)

Tensions heating up  between France and Italy......

Rome (AFP) - Italy postponed high-level talks with France on Wednesday after Paris branded Rome irresponsible for refusing to take in a migrant rescue ship. Italy's new economy minister postponed a meeting with his French counterpart in Paris as their countries traded barbs over the treatment of more than 600 migrants rescued off the Libyan coast at the weekend. The migrants were stranded on the Aquarius vessel until Spain said the ship could land at its port of Valencia. It is expected to arrive there later this week. French President Emmanuel Macron accused Italy's new populist government of "cynicism and irresponsibility" for closing its ports to the 629 migrants. Rome called his comments "unacceptable" and summoned France's ambassador on Wednesday. "Such statements are undermining relations between Italy and France," Italy's foreign ministry said in a statement. Source